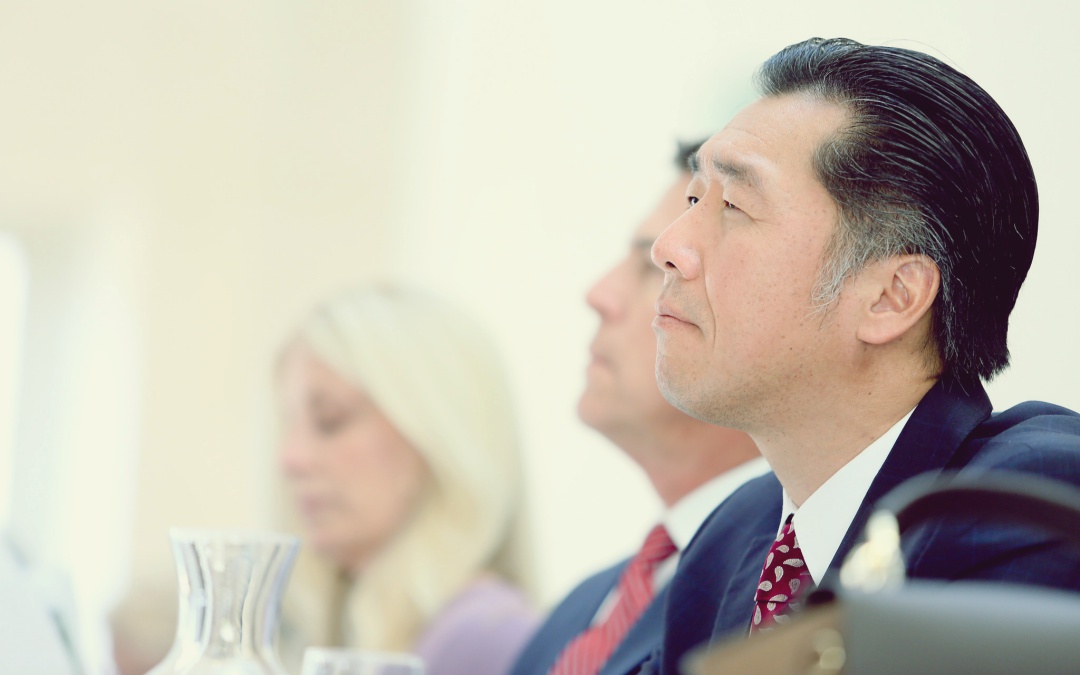 International Forum on One Korea 2017

I want to encourage everyone today for the groundbreaking, historic work that we began in 2012. As the founding members of AKU, you were believers in a dream that could ignite the hearts and minds of a people, in a dream so compelling that it could inspire not just one people, but the entire global community. We believed in a Korean Dream even before that phrase was coined. That is why I applaud you.

Now that Korean Dream has been given a voice and that vision has been given a framework. Only five short years after its launch, not only is it inspiring the people of South Korea, but it is inspiring the entire world. As I explained in the opening session of the International Forum on One Korea that engaged many of the top thinkers on the Korean issue from around the world, the reunification of the Korean peninsula is the only viable option given the changing geopolitical context in which we are living today.

With American interest in the peninsula at a historically unprecedented level, leading the entire global community on the issue of denuclearizing the Korean peninsula, global attention on Korea is the greatest it has ever been in my lifetime. We as Koreans, especially here in South Korea, need to understand that the status quo solutions of the past are no longer relevant given the changing geopolitical context. This is very important for you to understand because it will give you a sense of how important the work of AKU has been and will be at this crucial juncture in the history of the Korean people.

Yet, through the failures of the Sunshine policy, I realized that the first problem in creating One Korea did not lie with the North. The problem lay in the South, with the failure of Southern leadership to articulate a clear end-game strategy laying out what engagement should lead to. Moreover, not only did the government lack an endgame, but all the institutions and businesses within South Korea that engaged with the North failed to establish an overarching plan of cooperation in terms of how they dealt with the North.

As a result, during the Sunshine Policy, as the South engaged with the North, Pyongyang played off the various South Korean players against each other, and the rest is history. That is how the North Korean regime received the financing to sustain itself and develop its nuclear program. Engagement without an endgame, without a clear conclusion in view, was the problem.

Therefore, if engagement is to begin again with the North, the South must be clear on what the endgame strategy, the final goal, should be. That endgame strategy should be the peaceful reunification of the Korean Peninsula.

What is more important is that civic organizations, corporations, NGO’s, faith groups, and all the many forms of civil society need to cooperate and build consensus, not only on the endgame strategy but also on how they should engage the North. This is the significance of AKU. In this room we have the breadth and diversity of South Korean society from religious leaders, to civic leaders, to NGO’s, to humanitarian aid groups, and so forth —all the sectors of South Korean society— gathered here today. And unlike in the 1990’s, we are united around one vision: the Korean Dream.

The One Korea Global Campaign, which will galvanize international support for Korean reunification, is planning a Korean Dream movie that will educate the international community about the plight of the Korean people. Through the Korean Dream I framed the issue of the separation of the Korean people as a civil rights issue that is an aberration in the long course of our Korean history. This is significant because, with all the civil society movements that brought about change in the 20th century, such as India’s campaign for national independence, breaking the colonial yoke of Great Britain, or the efforts to end apartheid in South Africa, or the civil rights movement in the United States, it was the civil rights issue that captured the imagination of the international global audience.

The civil rights issue of the 21st century is the reunification of the Korean peninsula. It will bring to an end the terrible chapter of colonialism that the Korean people had to endure during the first half of the 20th century. It will close the book on the subsequent tragic episode of a Korea divided because of Cold War realities. And it will bring to the fore, among both the Korean people and the global community as a whole, the Korean Dream which encapsulates our ancient founding ideals that have defined us as a people and shaped our sense of national purpose to create an ideal nation whose goal is to serve all of humanity.

We are going to use pop music and pop culture to inspire a new generation of young people, not only in Korea but around the world, to identify with the plight and the dreams of the Korean people. Moving forward, we will hold a series of major global events featuring all the elements of culture, from music to painting, and all the arts, to engage young people around the world and connect them to the dream of the Korean people.

In 2015 we launched the One K Concert series here in Seoul with many top K-Pop artists. It turned out to be a spectacular success. At that time, one of Korea’s famous composers wrote a reunification theme song that we played widely. It created an entire genre of Korean popular music on the theme of reunification. I was told that the ringtone of the Ministry of Unification in Korea actually uses that song. Let’s give them a round of applause.

Now, we have created a Korean Dream song for the global audience as we reach out beyond Korea. We are planning to hold a major concert, gathering top artists from all around the world, as well as the top artists of Korea, for a mega rally in 2019 celebrating the vision of the Korean Dream to mark the 100th anniversary of the March 1 (Sam Il) Independence movement.

When I was a young boy growing up in Korea, I was inspired by stories of how Mahatma Gandhi transformed his country, India, and eventually realized its dream of independence, even though I am not an Indian. I also admired the work of Rev. Martin Luther King, Jr. in his fight for civil rights, although, at that time, I was not an American. I also empathized with the plight and admired the fight of Nelson Mandela to end apartheid in South Africa, even though I am not a South African. In the same way, in this 21st century, we will make the Korean Dream the inspiration not only for Koreans, but also for a new generation of aspirational young people who look to the precedents of peace set by their predecessors. Today gathered in this room, we have such men and women, willing to dream big dreams, and willing to take on the big fight, the fight to bring an end to the tragedy of the Korean peninsula and allow the Korean people to fulfill their national destiny and dream at last by creating one, unified nation.