Ban Jae-chul Searching for the Spirit of the March 1st Movement (Series: Leaders of One Dream One Korea #3) 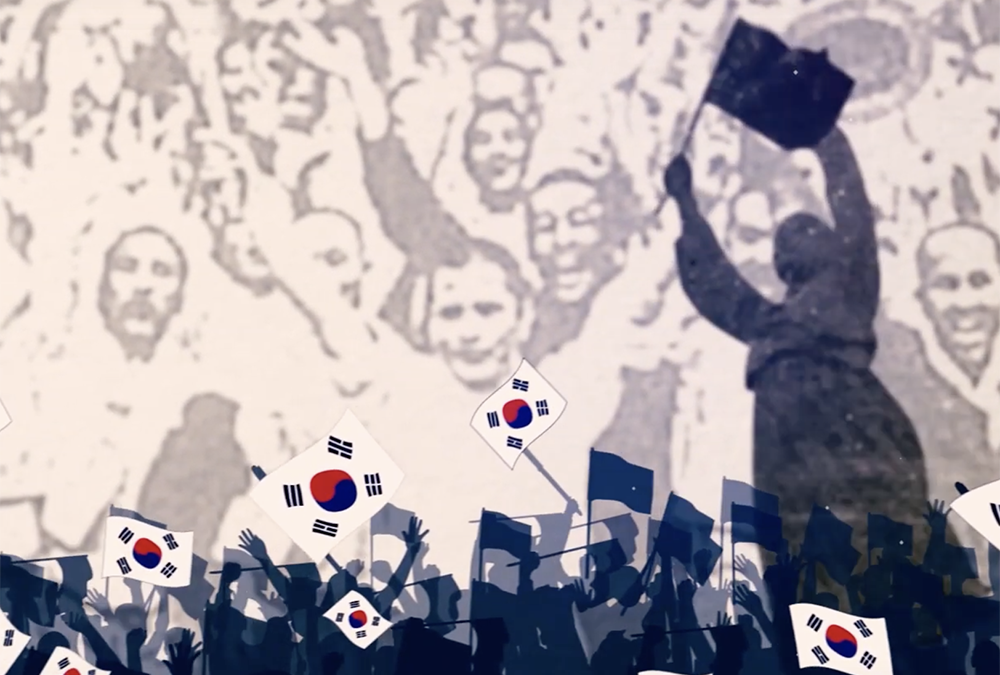 Welcome to the blog series, “Leaders of One Dream One Korea,” where the author introduces various leaders at the forefront of the movement toward Korean unification. This 3rd part of the series features Ban Jae-chul. Continue reading to discover different ideas and ongoing initiatives on Korean unification efforts featuring Action for Korea United and the One Korea Global Campaign.

As the march began, more and more people gathered and the number quickly grew to reach a few hundred thousand. Handing out the Declaration of Independence, the crowd cheered, “Japanese and its military shall go back to their land!” “To the independence of Joseon!” “Let us establish our own independent government!”

When the protest reached the American consulate, one student stepped out and raised a Korean flag. He then bit his finger and wrote with his blood, “independence of Korea,” and marched onward. As he led the crowd, the consul welcomed the Koreans and paid deep respect and approval of their patriotic spirit. Japanese military police and cavalryman tried to disperse the crowd by swinging their swords, but protestors continued until they later dispersed voluntarily. The next day, the Japanese colonial government initiated a search for the protestors and arrested nearly 10,000 people.

Mr. Ban Jae-chul, a former president of Heung Sa Dan (an independence movement that was established in 1913 by Ahn Chang-ho, a leading Korean independence movement activist), believes that the strong impression of the March 1st Movement was made possible due to the strong solidarity and common vision of the Korean people. On the current state of affairs, he said, “Unity among Koreans is undoubtedly the most important value [toward peaceful unification].”

For this reason, he displayed disappointment in today’s uncoordinated civic movements where the spirit of the March 1st Movement is nowhere to be found.

“Take a look at today where 100 years have passed. On March 1st, numerous events were held throughout the nation based on their own ideology, religion, and region. In this current circumstance, can we really see these events as one, united movement?”

In his interview, Mr. Ban pointed out that in the recent centennial of the March 1st Movement, each group hosted separate events based on their differences in religion, ideologies, and more. To this occurrence, he mentioned that “we need to recognize that no power can arise without unity” and stated that now is the time for Koreans to communicate their sincerity for unification to the international community.

Mr. Ban noted that people cannot be happy without justice or ethics, which starts from each family, expanding to the society, nation, and the world. In his definition, justice is “an idea that is agreed upon as righteous by the majority.” His dream was then for people to find that common justice or ethics and establish peace and a happy community. 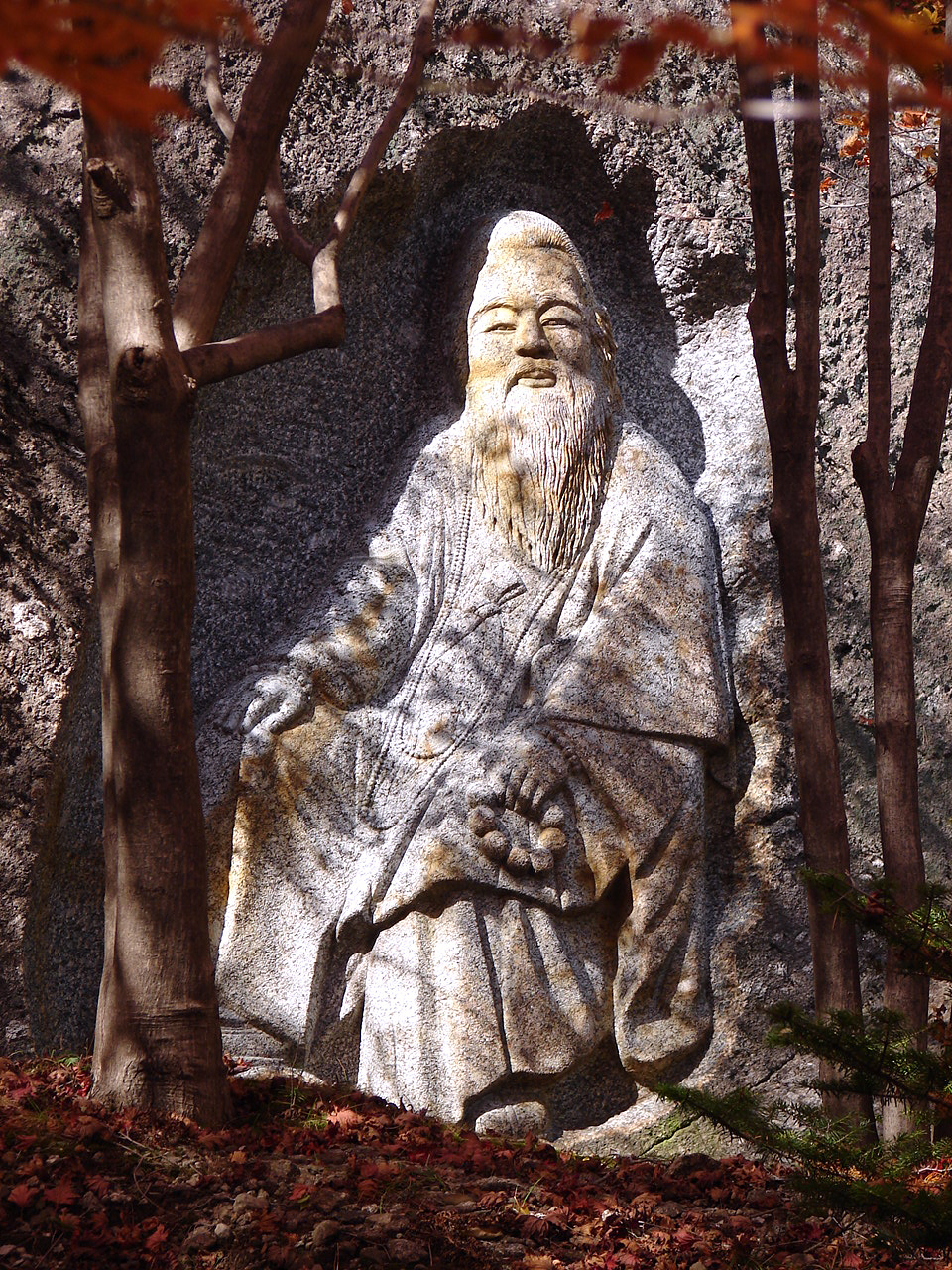 In Korea, this common justice is found in the idea of Hongik Ingan. Visioned by the founding father of Korea, Dangun, Hongik Ingan means “to live and work for the benefit of all mankind.” In the current state of affairs, the idea behind Hongik Ingan as a common identity for all Koreans that has its roots back 5,000 years, is that it can become a solution to heal the wounds that arose from the Korean War and nearly seven decades of division.

Mr. Ban spoke with excitement that the ideal of Hongik Ingan is a noble vision that encompasses the entire principle of the universe. “There are those who regard the history of Dangun (founding father of Korea) as mere mythology and do not take it seriously. However, even if we assume Dangun as a mythical figure, it does not change the fact that there were ancestors who have established this idea of Hongik Ingan.”

Inspired by this vision, Global Peace Foundation (GPF) works toward peaceful unification as a leading partner of Action for Korea United (AKU).

Founded in 2012, AKU is a coalition of over 1,000 civic movements working toward the vision of Korean unification under the values suggested by Hongik Ingan. Through different grassroots campaigns, AKU tries to raise a sense of common responsibility for the citizens of North Korea, South Korea, and the diasporas to create a mood for unification.

One of the major works of AKU is the One Korea Global Campaign. The One Korea Global Campaign is a pan-national movement to expand Korean-led grassroots initiatives and international support to advance the peaceful reunification of the Korean peninsula. There are different ongoing events and projects, which include international forums, study circles/classes, unification talks, Korean history and cultural tours, economic empowerment of North Korean defectors, the One K Global Concert, and more. The One K Global Concert, for example, is supported by famous K-pop and traditional artists to increase awareness on the importance of Korean unification and to unite people under the dream for Korean unification through music.

The spirit of Koreans in the March 1st Movement of 1919 moved the hearts of many and has demonstrated its influence by changing the international sentiment to turn against colonial occupation and to side with Koreans, which contributed to later independence.

Now, with South Korea’s economic power and alignment of interests in the surrounding nations for unification, the situation becomes even more relevant for Koreans today. The current time calls for a great opportunity for Koreans to once again show the spirit that was exemplified in the March 1st Movement and finally set a direction for their own shared future as one nation.
To learn more about our vision for Korea, please read Korean Dream: A Vision for a Unified Korea by Dr. Hyun Jin Preston Moon.

To learn about One Korea Global Campaign visit here.

For our latest news, please sign up for our monthly newsletters.