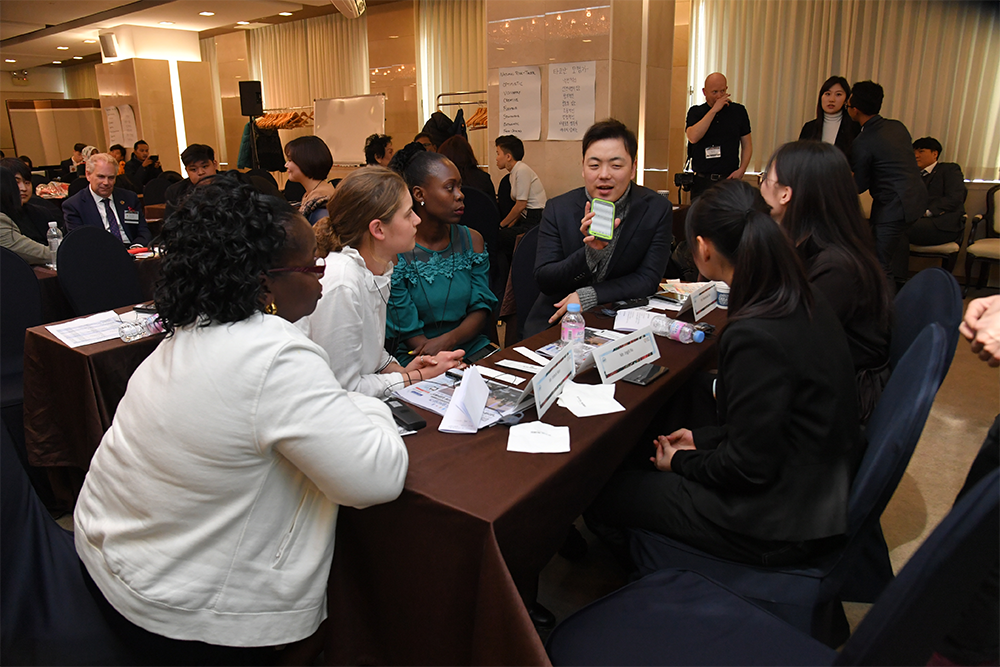 The One Korea Global Campaign is a growing popular movement to advance peaceful reunification of the Korean peninsula. Using social media, the campaign is engaging Koreans and the international community in spreading awareness and support for the dream of One Korea. The Korean Dream Discussion Group on Facebook is a platform for the international community to share their common support for Korea’s future as a unified Korea that can benefit all humanity, addressing key challenges surrounding the Korean peninsula and exploring ways to involve the global family.

The first question asked the group, “Why do you care about the Korean Dream? Why does the reunification of the Korean people and the vision for a unified Korea matter to you?” Voices from Africa, the United States, and beyond chimed in to share their support. 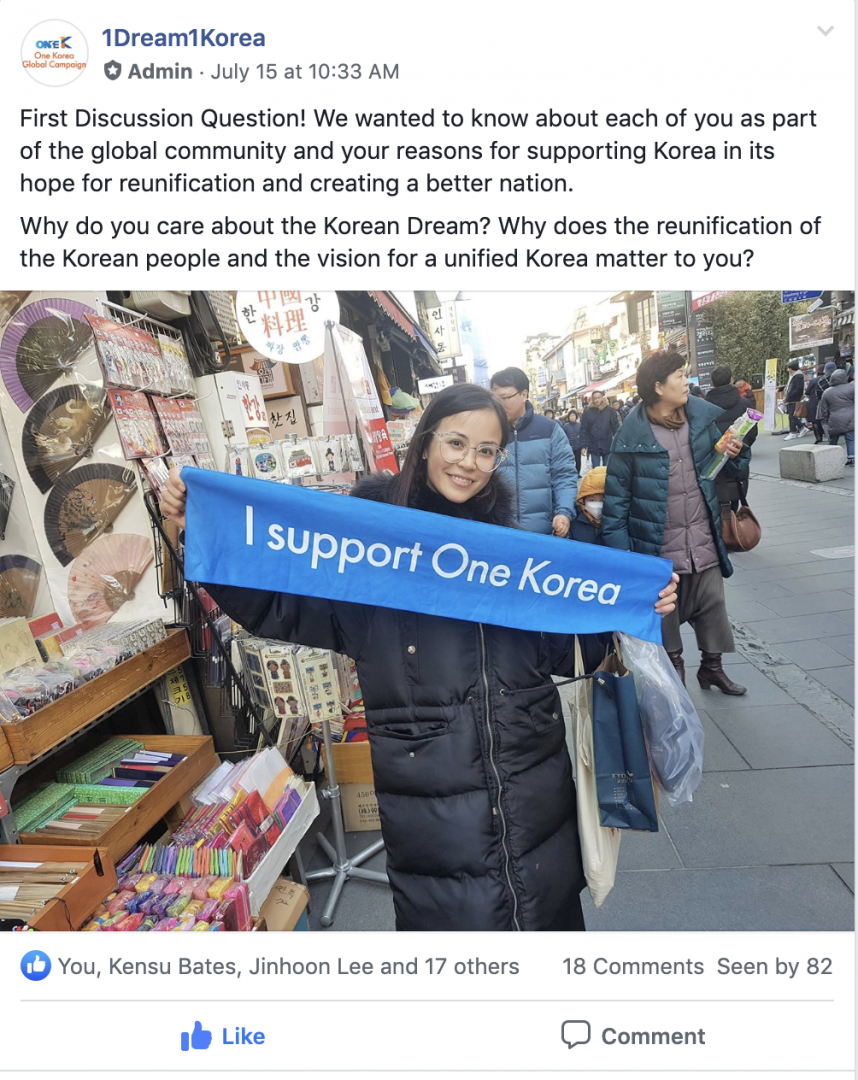 Sylvia Mohamed from Tanzania shared, “The diversity of our nations does not stop us from supporting others to be one in times of need so I believe in One Korea…I care about One Korea and I believe in the vision of a unified Korea. As part of the global community, we are all responsible to make a world a better place by joining hands to fill in the broken puzzles.”

My reason for supporting a United Korea and a better nation for tomorrow is that we all feel that urge within ourselves of moving forward together as a big family. The elders and the adults in Korea are working so that the youth of today and tomorrow don’t have to go through and see what they had seen. To provide a better future for the youth tomorrow.

As humans, we should help the adults and elders. To have those times back…When there was no north or south—just Korea—where families shared meals together…where children shared toys and childhood memories together…where festivals were celebrated on the same day…together…where everyone warmly welcomed each other.

No one deserves pain from separation or discrimination.

Let’s work together so that we can be the medicine to the elders’ wounds inflicted from the partition of Korea. Let’s work hard and give hope to those that are in pain from family separation or any other issues raised from Korea being north and south. 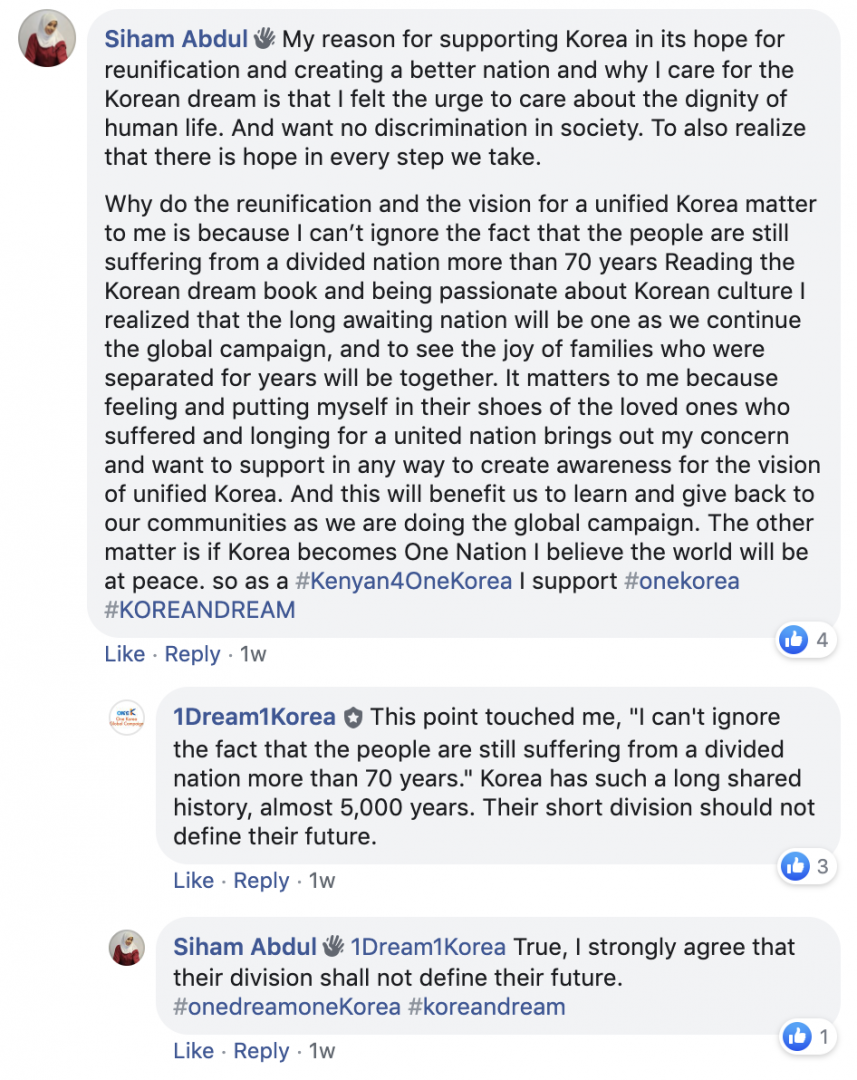 The International Forum on One Korea will be convened in Seoul on August 14 for a special celebration of Korea’s independence movement. The “Korean Dream – Action for Korea United Festival 2019” will feature a major gathering of Korean civil society activists and leaders at Seoul’s Korea International Exhibition Center. Can’t be there in person? Your voice can still be heard around the world.

Join the discussion and share your support for the Korean Dream.