Halmeoni’s Tears for One Korea 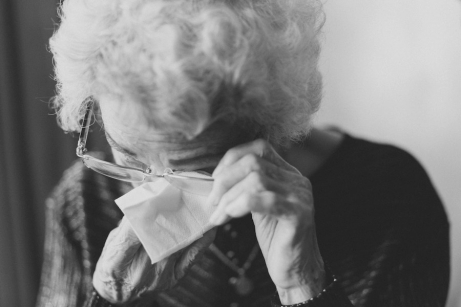 HK is a Korean American high school student that has participated in the One Korea Global Campaign for several years. As part of the 7 million people in the Korean diaspora, HK’s story represents a powerful voice for a free, independent, and united Korea. Follow HK as she shares her experience reconnecting to her family’s homeland of Korea. Read her previous blog HERE or start at the beginning of the series HERE.

Later on, my friends and I had the opportunity to meet a North Korean defector. She is an adorable halmeoni (grandma) and prepared a LOT of food for us that was so delicious!

When she was 62 years old, she escaped North Korea and couldn’t tell anyone, even her own children.

When she escaped, Halmeoni had to cross a river in winter when it was frozen over in the pitch-black night. She remained hidden in China for two agonizing months before she could eventually take a boat back to South Korea. She considers herself lucky because many defectors have to make treacherous journeys on foot across Mongolia and China and it is so cold their toes fell off… the journey would take at least 2 years. And if they were caught, they could be sold to prostitution or sent back to North Korea. She heard news from recent defectors that the situation in North Korea is getting worse and worse. People are becoming more desperate because their living situations are becoming even more brutal. This is horrible! No one should be in this kind of situation and it should definitely not be part of your daily life!

Halmeoni gently asked that pictures not be taken with her face in it, afraid she would be recognized by people from a lifetime ago and be reported. But her fear wasn’t for her own life; it was for the three generations of her family in North Korea that would be killed as punishment for escaping the horrors she once faced. Her heart is so heavy and filled with worry for her family. She has no way of contacting or helping them and doesn’t even know if they are still dead or alive.

While she was talking about her kids, Halmeoni couldn’t help but shed tears, even though she tried so hard to hold them back. She looked at my brother sitting next to me, and said that he looked like her grandson, who would be the same age as us.

When we met her, she was so jolly and motherly, you would never have thought she had gone through all this hardship. Her hobby was writing poetry, and she wrote many pieces about unification. I still remember one line, ‘As mothers cry for their children.’ She filled many books with her poems about them throughout the years.

“So, you all came because you want to know what a North Korean looks like? How’s the food? North Koreans can cook, too!” she chuckled. With great conviction, she kept asking us, “Do you want unification?” and we would always shout, “Yes!” and laugh.

More North Koreans want unification than South Koreans do—it’s sad but true. If we could ignite other South Korean’s passion and hope, how amazing would that be if we all came together in the support of that dream? It would come sooner! “I can’t wait to see my son again. It’s been too long,” Halmeoni said wistfully.

I hope everyone understands their hearts of yearning to unite their broken families.