On the Road to Korean Reunification: International Bike Challenge Brings Hope for One Korea 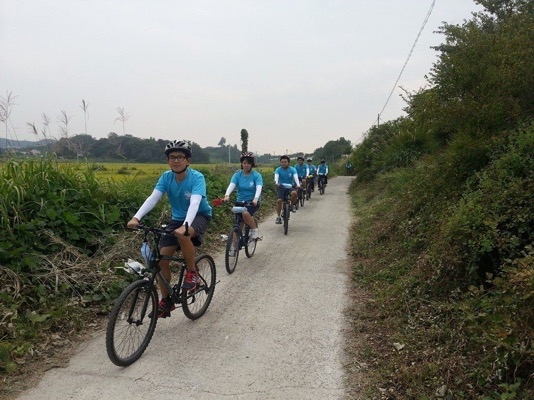 To the casual observer, a group of ten young people on bikes passing through a South Korean city would not usually draw much attention. But this unique international group of cyclists was on a mission.

Youth from Colombia, South Korea, the Philippines, Nepal, Mongolia, and the United States set off on a bike ride together from Incheon, South Korea. Over the course of 393 miles (633 kilometers), they rode across diverse terrain, encountered changing weather conditions, and experienced the evitable soreness that came with riding for five consecutive days. Kensu Bates, a participant from the United States, recalled that some of the cyclists had separated from the group due to varying skill levels, but by day three, the group determined to stay together and support one another. At the end of the fifth day, the exhausted group approached their destination of Busan with a sense of pride and accomplishment having arrived together as a unified team. 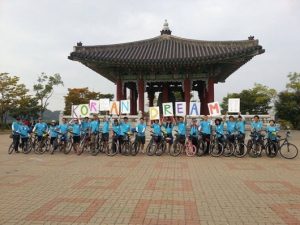 This Korean Dream Challenge bike ride is one of many bike rides happening in South Korea since 2013 as part of the One Korea Global Campaign, a movement to raise public awareness and build international support for Korean reunification.

Kensu recounted how he persevered through the physical challenges, “I was able to get over the soreness by thinking about the painful history of Korea; the division of Korea separated families in the North and South. I felt I was able to see a bigger picture of all of us helping each other for a purpose.”

He also shared how the participants overcame the struggle to stay together during the ride, “I saw that what created our unity was the purpose of the bike ride, of wanting to bring Korea together, and the vision of the Korean Dream, seeing how we all need to benefit each other.”

The Korean Dream is at the heart of the reunification campaign which articulates a vision of forming a unified Korea based on the principle of hongik ingan, meaning living to serve humanity by spreading peace and prosperity to the region and world. 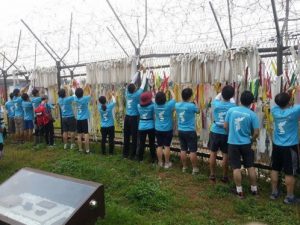 Cyclists stop along the demilitarized zone (DMZ), the border separating North and South Korea, to hang their hand-written messages of hope on the dividing fence

The principle of living for the benefit of all humanity is found in Korea’s unified history and culture with its most recent expression in the 1919 Korean independence movement. The One Korea Global Campaign Seoul Organizing Committee and Global Peace Foundation (GPF) Korea will host another bike ride in August of 2019 to commemorate the 100th year anniversary of the Korean Independence movement and to reawaken the unfulfilled hopes and dreams of the independence movement.