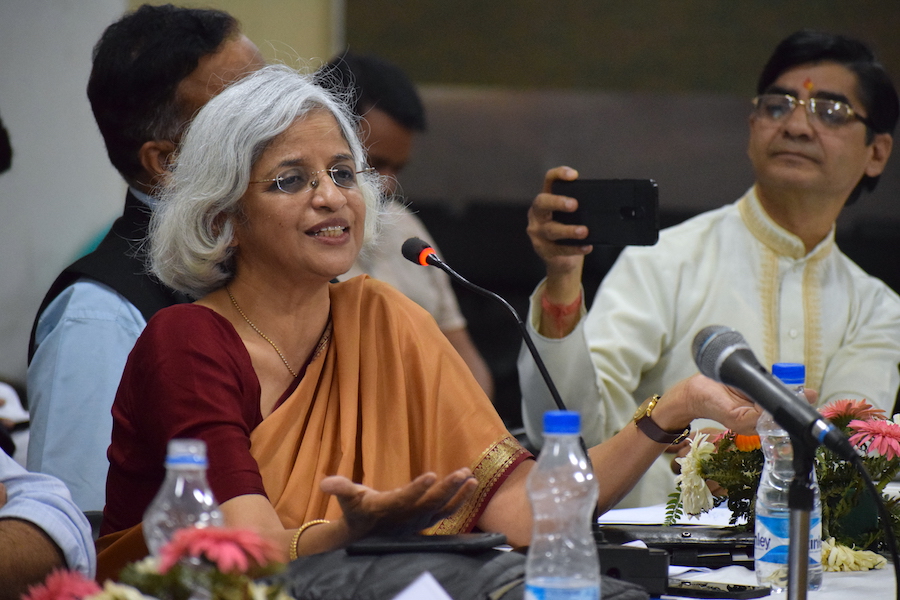 The One Korea Global Campaign is making waves around the world, from the Philippines to the United States, Mongolia, Uganda, and in the latest One Korea International Forum hosted by Global Peace Foundation (GPF) in India on October 17.

GPF Korea launched the Global One Korea Campaign to bolster Korean-led civil society initiatives towards the realization of peaceful reunification, addressing the human rights crisis and military conflict that continues to threaten lives on the peninsula and has implications for global security.

Coinciding with Korea’s March 1st Movement in 1919, a series of peaceful protests advocating independence from colonial rule, Gandhi was also peacefully protesting the forced military draft of Indians for foreign powers in 1920. Always nonviolent, the Indian civil rights leader asserted the unity of all people under one God, preaching Christian and Muslim ethics alongside his Hindu beliefs.

“We are linked together as one family,” said Ingill Ra, GPF Regional Partnership Coordinator for the Middle East, North Africa, and South Asia, who highlighted the connection between India and Korea as countries playing a major role in determining the future of the region. Both countries faced historic civil rights challenges one hundred years ago. Speakers at the forum advocated the Global One Korea Campaign as an opportunity for civil society to participate in creating a new nation, a united Korea, under a millennia-old ethic to build a nation that can benefit to all humankind. That vision, called hongik ingan, is deeply connected with the belief that regardless of ethnicity, faith, religion, nation, humanity is one family under God. 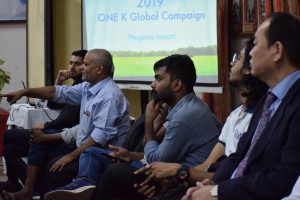 This profound ethos is not dominated by just one nation. There are many countries that express a similar vision in their own respective cultures. In Africa, people call it “Ubuntu” (humanity towards others); America’s Declaration of Independence stated that all people are equal under the same Creator; and in India, the ancient Hindi idea of Vasudhaiva Kutumbakam (the world is one family).

Grassroots projects like women’s leadership forums, economic programs for North Korean defectors, and large popular culture campaigns like the Unification Song Campaign bringing in K-Pop stars (BTS, EXO, and many others) to advocate for One Korea are bringing awareness to the Korean Dream, a vision for a peacefully reunited Korea under the common identity all Koreans hold on the peninsula and in the diaspora around the world.

With technological advances engaging the world more closely together, the global community will play a significant role in supporting peaceful reunification. The 2019 Global Peace Convention, to be held next February 26-March 1 in Seoul, will commemorate 100 year since the March 1st Independence Movement, inviting leading international experts, policy makers, and peace advocates to share best practices and develop multi-sector partnerships for sustainable peace and development on the Korean peninsula and around the world.

Participants in the forum included representatives from the National Gandhi Museum, the Centre for Korean Studies at JNU, East Asia Centre at the Institute for Defense Studies and Analyses, and the parliament of India.