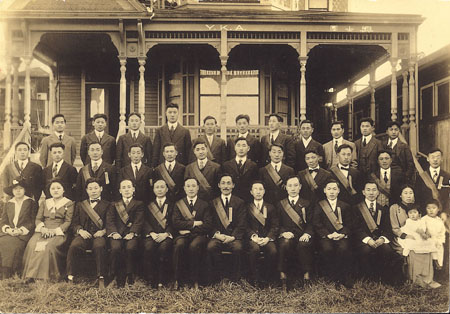 The 20th century marked a period of great adversity for the Korean people. Amidst the increasing social and economic restrictions and the eventual annexation of the Korean peninsula by Japan in 1910, the independence movement emerged, with the March First Movement of 1919 representing the largest peaceful uprising on the peninsula in pursuit of a free and independent Korea.

One of the pillars of the independence movement was a man named Ahn Changho, who influenced Koreans living at home and abroad, such as Lee Seung-hun, to dedicate their lives to the movement. Lee (1864-1930), a fellow Christian and prominent independence activist, was one of the 33 signatories of the March First Declaration of Independence of 1919. 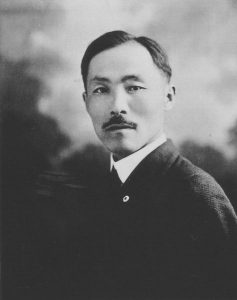 Lee was born in Chongju, North Pyongan Province in what is now North Korea. Drawing inspiration from Ahn’s 1907 speech in Pyongyang on the urgency of developing awareness through the improvement of education, he established the Osan School in his home village of Chongju.

Ahn Chang-ho himself was born in 1878 in South Pyongan Province. After converting to Christianity in 1896, Ahn moved to the United States in 1902 to study theology and pedagogy. In response to Korea losing its diplomatic sovereignty with the signing of the Japan-Korea Protectorate Treaty in 1905, Ahn returned to Korea in 1907 and formed the New People’s Association, a secret underground organization for Korean independence. Lee was admitted to the organization after demonstrating his sincere patriotism, the most important admission qualification.

The purpose of the New People’s Association was to:

Ahn envisioned not only the achievement of independence of the mother country but a new nation built upon an enlightened citizenry. He expected the Korean people to become masters of their country by developing moral character and using their abilities, skills, and knowledge to contribute to the nation. Ahn hoped that the Korean people would work together to establish an independent and democratic republic. 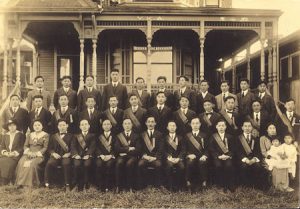 To that end, Ahn Chang-ho enthusiastically carried out activities such as speech and enlightenment activities, school construction and publishing activities, and the establishment of youth culture groups. After the Japanese annexation of Korea in 1910, Ahn moved to the United States again, and in 1913 founded the Young Korean Academy (Heungsadan) in San Francisco. He made efforts to raise leaders of “good mind, good spirit and good health,” who would dedicate their lives to the independence movement.

Ahn’s love for his country was evident through the life he lived. His belief that positive change in the nation began on the individual level was something he stated throughout his life. “Do you love your country? If so, you should first transform yourself into a sound personality. If you feel sympathy with the ailing populace, you should become a doctor. Unable to become a doctor, you should first cure your own ailment and become a healthy man.”

Another man Ahn influenced was Yu Yong-mo (1890-1981), a fellow Christian and famous Korean thinker. Yu met Lee Seung-hun at Osan School who continued to interact with members of the New People’s Association and became principal of the school.

Choe Nam-seon (1890-1957), at the time a prominent modern Korean historian, poet and drafter of the March First Declaration of Independence in 1919, was also inspired by Ahn Chang-ho whom he met in Tokyo in 1908. Choe became one of the leaders of the Korean independence movement as well.

Kim Koo (1876-1949), another independent activist who was also a member of the New People’s Association, added the essay “My Desire” to the end of his autobiography that he issued years later in 1947.

“Therefore, we are not lazy but diligent. A head of a family who has a beloved wife and children cannot but be diligent. This is so that he can give infinitely.

Dr. Haruhisa Ogawa, Professor Emeritus of the University of Tokyo, analyzed the tone of his essay and speculated that Kim’s words were inspired by Ahn’s teaching which had a lot of similarities.

Ahn’s emphasis on citizens shaping the destiny of the nation is just applicable today with the current division of the peninsula. Former North Korean Ambassador to the UK, Tae Yong-ho who defected from North Korea to the UK with his family in 2016, stated that the power of citizens is important for the peaceful reunification of the Korean peninsula in his 2018 book Password of the Third Floor Secretary Room:

“Until now, the Korean government’s unification policy has not been able to achieve great results because successive government policies have been divided in half by the left or right, and there has been no consistent development in policy. It is necessary to form a huge citizen network for the unification movement, and civil society becomes the leading force of the unification movement to lead or restrain the government’s policies for North Korea. By doing so, we can maintain the consistency and durability on the policies for North Korean. “

“If in the process of unification, a fierce revenge and retaliation about the past were rampant, North Korea may become like today’s Yemen, Syria or Libya.  We have to follow reconciliation, cooperation, forgiveness and tolerance which Nelson Mandela exemplified in South African Republic.”

The aspiration for a new and independent nation that could serve as a model of peace for the world was the driving force of the independence movement. This vision was reflected in the speeches and writings of key independence leaders like Ahn Changho, Choe Nam-seon and the words of Kim Koo,

“True world peace could come from our nation. I wish peace would be achieved in our nation and from there to the world. I believe that that is the Hongik Ingan ideal of our national ancestor Dangun.”

Now is a time for all Koreans to embody the ideal of Hongik-Ingan, meaning to broadly benefit all humankind. This ideal has the power to transcend resentments between North and South. Ahn Chang-ho taught us the importance of citizens taking responsibility for the destiny of the nation. It is up to Koreans everywhere to realize this dream of a unified nation that lives for the greater benefit of humanity.