The Challenge of China: USA Perspectives for One Korea 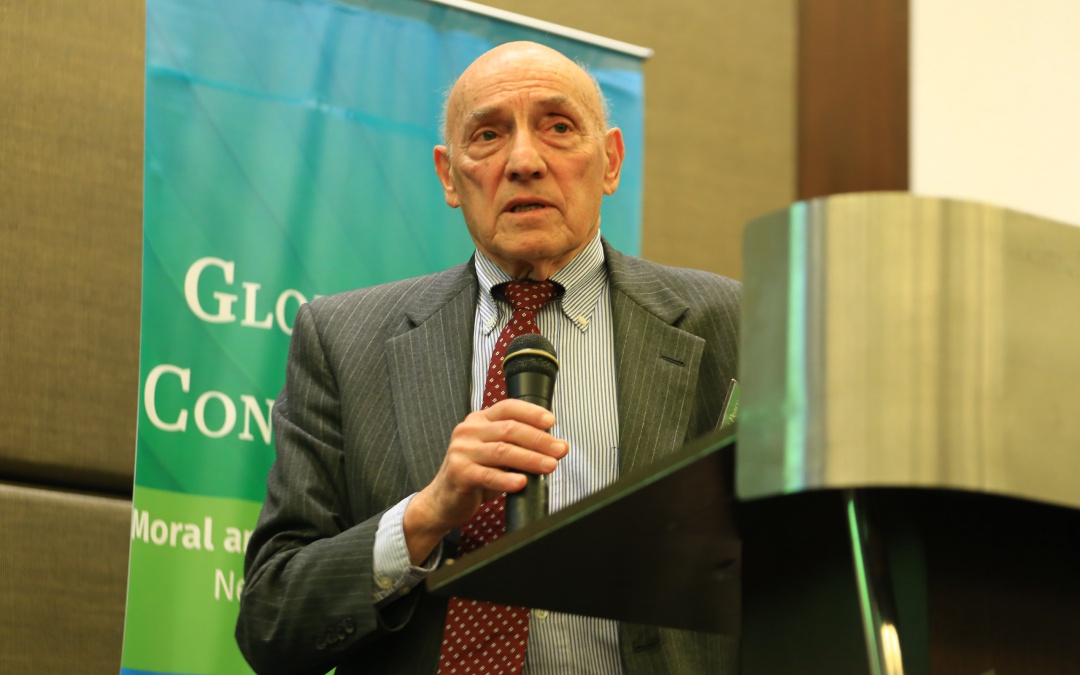 Joseph Bosco,Senior associate, the Center for Strategic and International Studies

As the program for this session notes, the Democratic People’s Republic of Korea poses twin challenges to the people of the Korean Peninsula and to the international community through its horrific human rights abuses and its nuclear weapons and ballistic missile programs.
As those programs have escalated, and as the world has learned more about the grotesque treatment of the North Korean population by the Kim Family regime, attitudes in the United States toward the North Korea problem have hardened over the years—even before America’s election brought the Trump administration to power.

In his book, On China, Henry Kissinger described the seriousness of North Korea’s nuclear program in dramatic terms:

The spread of these weapons into hands not restrained by the historical and political considerations of the major states augurs a world of devastation and human loss without precedent even in our age of genocidal killings. Kissinger, Henry, On China, (New York, The Penguin Press, 2011), 496

Pyongyang’s expanded ability to threaten its neighbors, and even the United States, has grown with its development of ever longer-range ballistic missiles. That, together with the ongoing mass abuse of virtually the entire North Korean population has convinced international public opinion that something must be done. But what?

Interminable negotiations have proved fruitless. As Kissinger wrote in 2009:

It is time to face realities. This is the 15th year during which the United States has sought to end North Korea’s nuclear program through negotiations. These have been conducted in two-party and six-party forums. The result was the same, whatever the framework . . .If this pattern persists, diplomacy will turn into a means of legitimizing proliferation rather than arresting it. “How to Make Progress on North Korea,” Henry A. Kissinger, The Washington Post, December 18, 2009.

Seven more years have passed and the North Korean threat has grown dramatically. There remain only two alternatives to remedy the intolerable suffering of the Korean people and the danger to the world: (a) the regime must be compelled by external and internal pressure to change its behavior, or (b) the regime itself must be changed by external and internal pressure.
Both courses of action involve risks, particularly the option of regime change. Critical to both is the role of China, North Korea’s only ally and its indispensable sponsor. The Kim regime simply could not last long without the massive infusion of food and fuel aid from China. Nor could it survive indefinitely absent China’s diplomatic protection at the United National Security Council.
Yet, China has consistently refused to apply its unique economic and diplomatic leverage to compel Pyongyang to cooperate. Western officials and Asia experts—led by Kissinger–have performed intellectual contortions to explain China’s reluctance to intervene in a serious way. (I have recounted that history in the handouts.)

Worse still, China all along has been playing its own game, starting with its transfer of nuclear technology to North Korea through A.Q. Khan’s Pakistan network and continuing over the years. As recently as 2012, Defense Secretary Leon Panetta told the Senate Intelligence Committee China was supplying ballistic missile components to Pyongyang.

Chinese-made nuclear and missile technology has found its way into the hands of weapons scientists in North Korea, Iran, Syria, and Libya. That makes China not only a leading proliferator of weapons of mass destruction but a proliferator of proliferators.
The only plausible explanation for China ‘s failure to turn the screws on Pyongyang, indeed its complicity in the regime’s unlawful conduct is that Beijing considers a nuclear-armed North Korea in China’s strategic interests.

How has that worked?

First, it has been a major diplomatic distraction and resource drain for the U.S. and its Asian allies—the growing North Korean threat diverted attention from the rising China threat. Second, it has enabled China to play the role of good-faith negotiating partner and “responsible stakeholder” winning it undeserved international respect and prestige in the West. Third, it has given China huge leverage over the West on trade, human rights, the South and East China Seas disputes—Washington and other capitals are reluctant to press Beijing on those issues because “we need China on North Korea.” But China never delivers.

To change North Korea’s behavior, the West must first change China’s. It must be made to pay a price for enabling North Korea to create an existential threat for South Korea, Japan, and the United States.

Washington must lead in imposing secondary sanctions on Chinese commercial and governmental entities that directly or indirectly assist North Korea’s nuclear and missile programs or otherwise support the regime.

In addition, the U.S. must expand its information program directed at the population and government of North Korea, using Voice of America, Radio Free Asia, and other unconventional means.

But more than that, the strategic communications program should be directed at China itself, so the self-respecting Chinese population will know that in their name and with their resources their leaders are keeping in power the most odious and dangerous regime on the planet. They may not want to share that shame to China’s international reputation.

In 1994, Kissinger said he once considered the option of unilaterally “knocking out the nuclear capability of North Korea, if necessary, even by aerial strikes.” Former Defense Secretary William Perry also initially favored the idea. But both later changed their minds.)

Kissinger said “it would be too dangerous for us to do this alone given the general mentality that now exists in Washingtonand unwillingness to support it.” But under a Trump administration, Washington’s mentality may well be more receptive to some form of dramatic action–either by China and the U.S. acting in concert, possibly with Japan and South Korea as well—or, if necessary, by America going it alone. It would be a dangerous course, but at some point, the risks of inaction exceed the risks of action.