Vision for a United Korea at the 2019 Global Peace Convention: Perspective from the United States 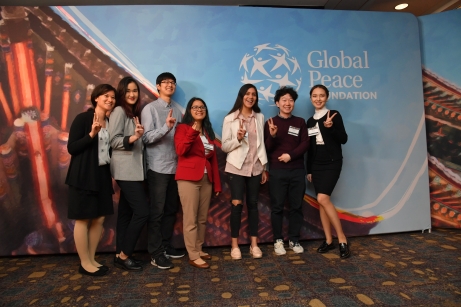 Emiko Perea (pictured above center) is from the United States.

The following blog is a reflection by an attendee of the 2019 Global Peace Convention.

The Global Peace Convention (GPC) 2019 hosted in Seoul, Korea was the second GPC I have attended. What I love about these events are the opportunities they provide in contributing to a greater cause. Because of Global Peace Foundation, I was able to sit in the same room as leaders from across the globe, including members of the Korean National Assembly, US congressional leaders, and current and past national presidents. These leaders came in honor of the 100th anniversary of the March 1st Independence Movement to express support for the dream of a united Korea that can contribute to peace in Northeast Asia and the world. The Global Peace Plenary was held on February 28th on the eve of the March 1st Centenary.

I always find it incredible that Global Peace Conventions can extend its reach to high-level politicians, such as the former President of Guatemala, to share greetings and speeches for international events like GPC and extend their support for the Korean Dream*. Ambassador John Everard encouraged attendees to vocalize their vision for One Korea, comparing the 1919 March 1st Movement to the current work toward Korean unification. He brought up the point that communication was important for Korean’s independence movement 100 years ago and it remains important now in order to galvanize Koreans everywhere, at home and abroad, to support the reunification of Korea. Painting a realistic but hopeful picture, Ambassador Everard encouraged honest communication with North Koreans on how the process of reunification would really be like: expensive and overall difficult to adjust to. 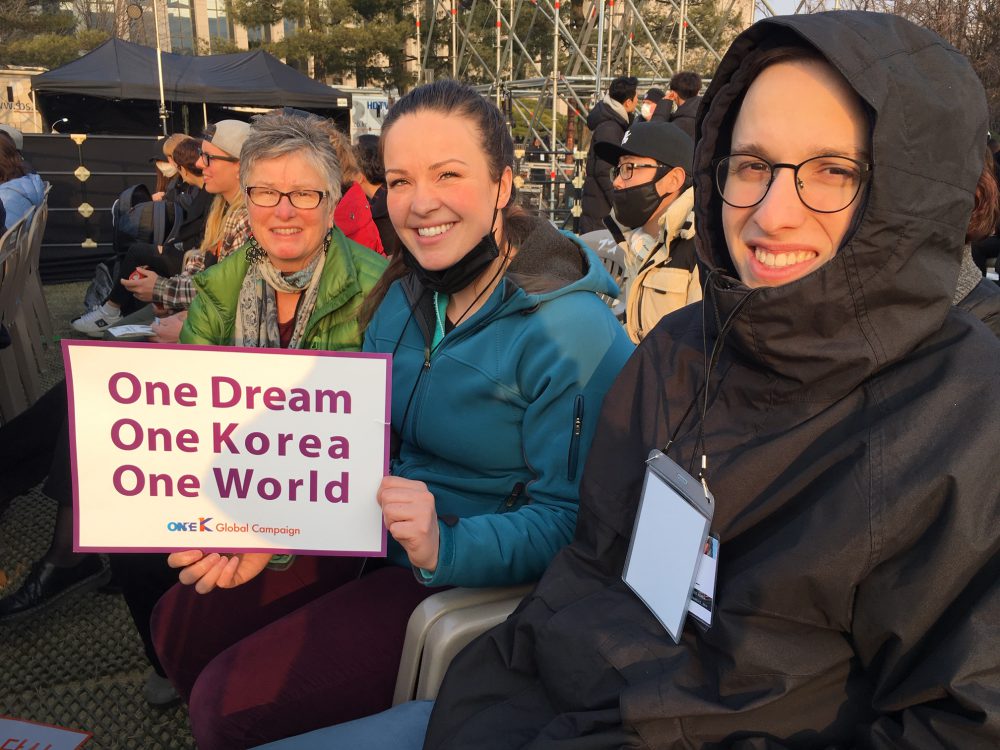 GPC participants from the United States at the One Korea Concert.

Ambassador John Everard knows that it will be a challenge to convince Koreans from the North and South to envision reunification, but he strongly believes that it will be worth the effort. He mentioned that many Korean people have sacrificed their lives for independence from colonial rule during the March 1st Movement and asked, “How much are we willing to sacrifice?” It was an impactful message that brings perspective to the reunification efforts. It’s very easy to dismiss Korean unification as something that’s too difficult and hopeless, but if the Koreans of the past could risk their lives in pursuit of a peaceful Korea, then we should do more to reunite the two Koreas for peace as well.

GPF Founder, Dr. Hyun-jin Moon, gave a passionate keynote address that expressed his sincerity for creating a united Korea. He engaged the audience in this firm conviction in reuniting Korea, asserting that the Korean Dream will be “the reality of tomorrow.”

When he said that the US should have used this opportunity of North Korea’s isolation in 2018 to aid reunification instead of only focusing on the narrow goal of denuclearization, it made me rethink the United States’ previous dealings with Korea. I hope that in the future the US could work with both Koreas for a greater vision of reuniting the Koreas and advance its foreign policy in order to encompass the bigger picture.

After the Global Peace Plenary, there was an awards ceremony that consisted of videos that showed the work the awardees did to contribute to a better world. Their passion for service displayed in their commemorative videos brought me to tears. One of the awardees, Pastor Kenneth Bae, dedicated his life to bringing the two Koreas together after he spent two years in a prison in North Korea. Although his freedoms were taken away in North Korea for two years, his heart was to serve the people suffering knowing that many North Koreans themselves are still longing for freedom after 70 years. He understood the pain of the North Koreans and strongly supports the reunification of Korea and dreams of a peaceful Korea.

I’m grateful I was able to be a part of such a momentous event that brought perspective and hope for creating a peaceful world.