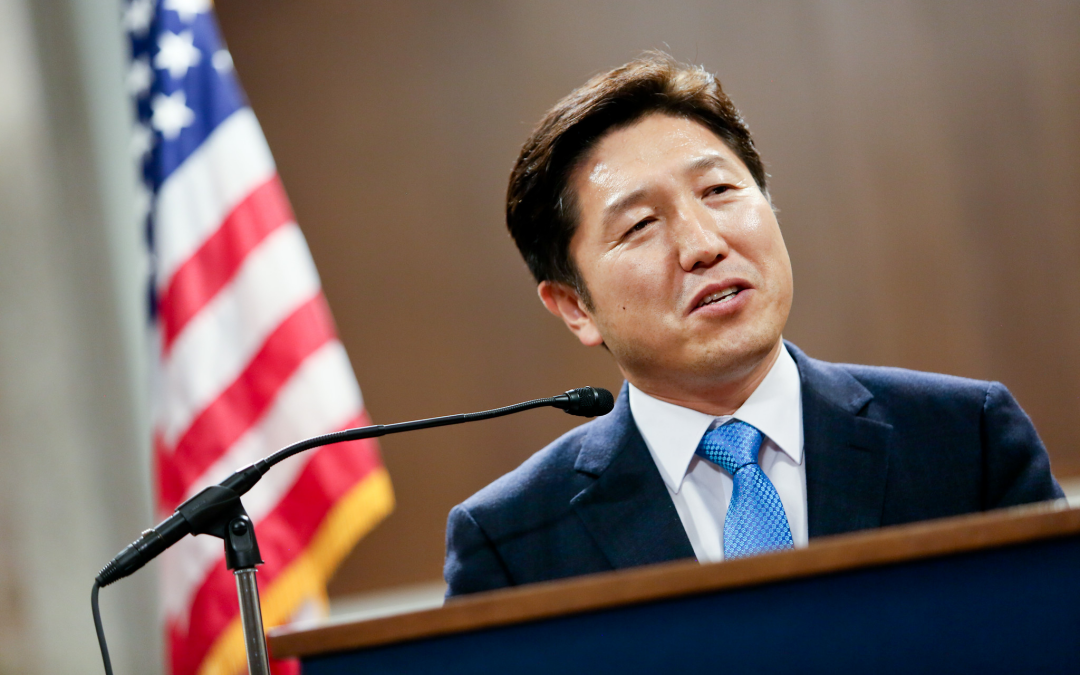 International Forum on One Korea 2017: Solutions to the Korean Peninsula Crisis

A political approach alone would not be enough. How many Korean people genuinely desire reunification? It is not so obvious to me that my fellow Koreans all carry a yearning for reunification. What about people in North Korea? Do they want reunification? In case not, what is the use of any effortful dialogues between the two governments?

In history, we have seen that civil movements changed the path of a nation. In recent years, we all witnessed the Arab Spring and the power of ordinary people. Civil movements can change the world even. Knowing this, we founded AKU with the aim to generate a popular citizen-based unification movement in South Korea.

Our belief is that this civil-based campaign for unification, once generated in SK, can also lead to a significant change in North Korea. To create a strong and broad civil base is a key groundwork for peaceful unification.

Vision is not process-oriented

To encourage people to support unification, we must have a vision of unification in place. Without a vision, unification would be inconceivable. The vision of unification first should express an aspiration for a new nation building. Also it should define a kind of unified nation that should be built on the Korean peninsula. This question is an issue of keen interest to neighboring countries as well.

Have Koreans reached any consensus on this matter? Unfortunately, we haven’t; the Republic of Korea still suffers from bipolarized ideological confrontations. We Koreans cannot start to talk about the process of unification until we first establish a consensus regarding what our unified Korea should look like.

Dr. Preston Hyun Jin Moon’s book, Korean Dream, published in 2014, articulated one such inspiring vision and hope for a unified Korea. The vision of Korean Dream is originated in the very founding ideal of Korea agreed upon among all Koreans, called Hongik-ingan, which means ‘for the benefit of all humanity.’ We, AKU, believe that any effort for Korean reunification should start first by sharing this vision of Korean Dream with the entire Korean nation.

The word ‘unification movement’ is mistakenly taken to be a movement of a political kind between South and North Korean governments. Thinking that way, it is hard to expect a full-fledged grass-root movement to arise.

Based on this Korean Dream, AKU was founded in 2012 and has established itself as the largest civil NGO for unification existing in Korea today. AKU is represented by people with various backgrounds from every sector of society, beyond differences of political ideologies, religions, ages and regions.

AKU tries to build grass-root civil activities in the end. Its goal is to turn every Korean citizen into a true owner of the vision of unification, and to urge them to be actively engaged in fulfilling unification. AKU is currently operating in 11 provinces around the country, where more than 920 NGOs participate.

AKU believes that, to form a popular consensus and support for unification, culture is the most effective tool. Since AKU was founded, many cultural initiatives have been launched. All of AKU chapters in each local region operate programs of engaging North Korean defectors. AKU not only supports NK defectors; it shares the Korean Dream vision for unification with them and encourages them to work together towards living a life of ‘benefiting all humanity.’

In 2015, in celebration of the 70th anniversary of Korean Independence, AKU proposed to Korean civil society to join together for “New Unification Song Campaign.” The campaign aimed to build up keen awareness among the youths so that they become more enthusiastic about unification.

The campaign organizing committee was formed and consisted of 1100 NGOs. 25 Top KPOP singers, both conservative and liberal party leaders and the Minister of Unification – they all joined to produce the song ‘One Dream One Korea,’ which was composed by Kim, Hyung-seok, a renowned Korean producer. Finally, One K Concert was held and brought 40,000 young people to Seoul World Cup Stadium.

The song attracted millions of KPOP fans not only from Korea but across the world. It was the largest unification campaign led by civil groups since Korea was divided. We clearly saw the huge potential that a civil movement could bring to change our nation and its Korean people.

Unification is not just an issue for Korea. Unification is one of the most critical issues in the world today. The destiny of the Korean peninsula will have a serious implication on the future path of the world. The tragic reality of Korean division was an unfortunate outcome of the past international geopolitical conflicts after WWII. To bring an end to this division, support from the international community is absolutely necessary.

AKU, in partnership with Global Peace Foundation and One Korea Foundation, has organized several important forums in Seoul and Washington, in order to build up international consensus for One Korea amongst scholars, policy makers, political leaders, civil and faith leaders.

With the goal of spreading the vision for Korean unification globally and also gaining global support, AKU conceived One Korea Global Campaign, and at last announced its start in the UN General Assembly in August 2016.

Targeting international civil societies, a new English song for Korean unification was produced by a renowned US Grammy Winner producer, Jimmy Jam and Terry Lewis. The historic music recording was done by globally recognized singers from US, Australia, Korea, and the Philippines. The song ‘Korean Dream’ successfully delivers the vision and hope for unification.

The first One K Global Peace Concert was held in Manila, the Philippines in March, 2017. One global KPOP star, Psy and 6 other top KPOP singers performed in this concert. It was globally televised by KBS, KBS World and TV5 of the Philippines, appealing to KPOP fans around the world so that they have keener interest in Korean unification.

Now is a critical time when the NK nuclear threat has become more and more serious than ever. Thinking differently, it is a nice chance to form and build an international consensus for Korea unification.

The only viable solution to NK’s being a constant security threat is ‘Two Koreas become one again.’ AKU will continue to make more efforts to fulfill its mission, one for the benefit of all humanity. We strongly believe that one unified Korea can ultimately bring peace and prosperity to the world and humanity. I hope that all of you can share the same vision and goal with me.

I sincerely ask you to give your full support to One Korea Global Campaign.