Korean Dream: A Vision for Reunification

The dream of a unified, free Korea is not new. It has lived in the hearts of the Korean people for many years. The challenges confronting modern societies include globalization, environmental change, resource depletion, and conflict driven by extremism.

“Does there exist a vision of the future, and does there exist the ability and commitment to achieve it? …In today’s world, there are so many changes taking place simultaneously that only those societies that can develop a vision for the future are going to be able to handle them.”

The Principle of Hongik Ingan

The seed of a vision for the future can also be found in Korean history—in the ideal of Hongik Ingan—living for the greater benefit of humanity. This ideal was to be implemented by governing the world with “morality and truth” (Ido-yeochi), thereby “enlightening the world with truth” (Kwangmyung-ise) and thus “creating a world of truth” (Jaesae-ihwa).

Hongik Ingan is an expression of universal principles and has been a guiding principle in Korea. In many ways, it bears similarities to the universalism of the Hebrew prophets and to the U.S. Declaration of Independence, whose statement became a touchstone to judge and ultimately abolish American slavery. This principle has the potential to connect Koreans today with their past to provide a unifying bridge into the future with a clear purpose and direction.

“I wish my nation would be a nation that doesn’t just imitate others, but rather it be a nation that is the source of a new and higher culture, that it can become the goal and an example [for others]. And, thus true world peace would come from our nation.” 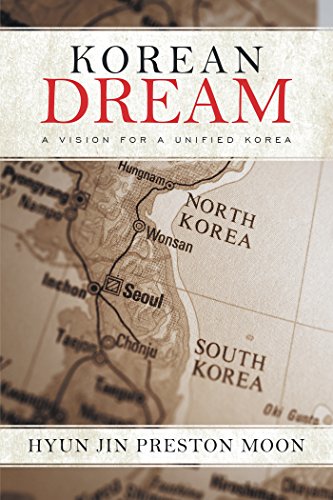 In 2014, Global Peace Foundation Chairman Dr. Hyun Jin P. Moon published Korean Dream: A Vision for a Unified Korea. Looking at scholarly work on unification, Dr. Moon found that the focus on the Cold War paradigm neglected the rich resources of common identity, history, and culture that could be the basis of unity for Korea. It traces the roots of Korean identity—Hongik Ingan.

Dr. Moon presents an innovative way forward for Korea and explains why Korean unification is the ultimate answer to security, economic, and social problems created through 70 years of division.

Korean Dream highlights the importance of civil society organizations in promoting historical changes, and is a call to action to Koreans and their friends everywhere. Today, Dr. Moon is leading the way, inspiring an unprecedented coalition of groups to work for the long-cherished hope of a unified, peaceful Korean peninsula.