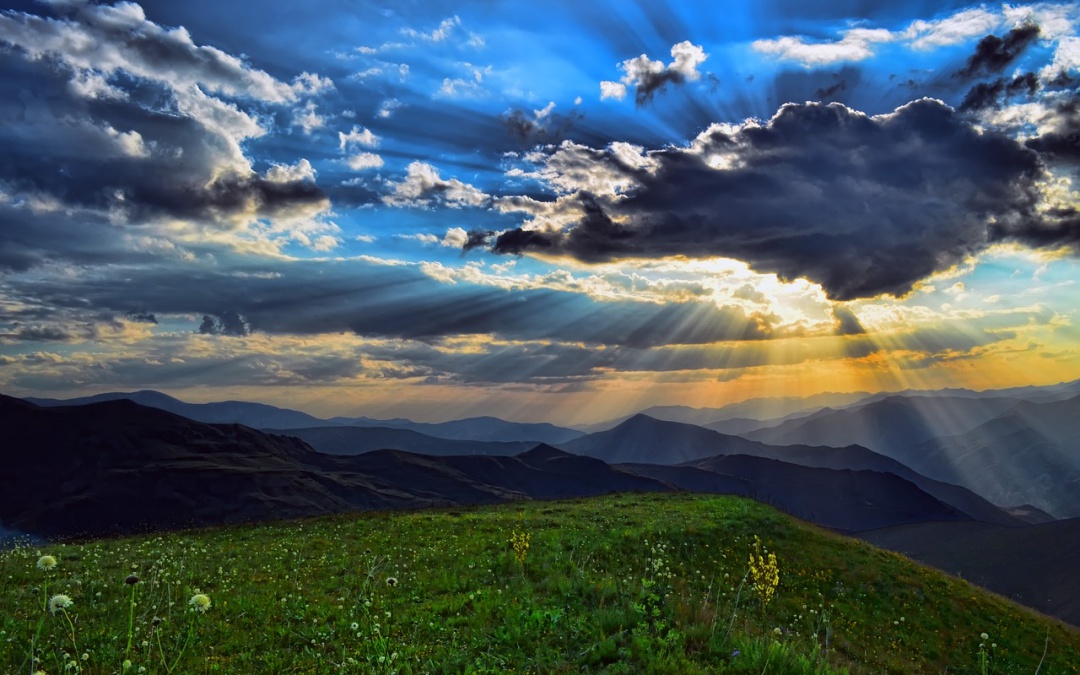 This paper was prepared for the Global Peace Convention 2014 in Asuncion, Paraguay.

To respond to the major technological, political, economic and cultural shifts taking place around the world, societies need to reflect upon and articulate their core values and create shared agreements based upon universal, spiritual principles. Values such as liberty, prosperity and integrity need to be guided by such principles and affirmed and supported by the moral authorities of the different faith traditions.

We are gathered here today with the purpose of searching for the happiness and prosperity of mankind, beyond the walls of ideology, religion or nation. With a true understanding of the purpose of today’s meeting, I would like to express my respect and admiration for the leaders from various parts of the world who have participated here.Today my presentation is titled “a global ethical framework as the foundation for societal transformations.” It is an undeserved honor to be here to address this subject as a historian who has studied and taught Korean history throughout my life.

In the past 300 years of the modern world, we have made rapid progress compared to previous eras. However from the eighteenth to the twentieth centuries, the world’s history was time of imperialism in which Western powers invaded Asia, Africa and South America. Furthermore, it was an era that couldn’t achieve the peace and happiness that all mankind wished for, due to the inequalities between ruling class and subjects, and the confrontation of races and religion. It is unfortunate that even after 15 years since the turn of the twentiy-first century these kinds of matters have not been completely resolved.

It is for these reasons that I decided on the topic,”A Global Ethical Framework as the Foundation for Societal Transformations.” I would like to introduce ‘Hong-ik Ingan’ and ‘Jaesae-ihwa,’ which explains the Korean founding principle and Korean educational objectives from an anthropological perspective. These two phases, ‘Hong-ik Ingan and Jaesae-ihwa,’ are very significant in Korean society; they are the foundation of social transformation, ethical values and the spiritual virtues.

The meaning of ‘Hong-ik Ingan’ is ‘the greatest service for the benefit of humanity.’ The roots of the Korean identity and the principles upon which this nation was built lie within Korea’s founding story of Tangun, the legendary founder of Gojoseon.According to the myth, Hwan-in, earth to the King of Heaven, was asked by one of his younger sons, Hwan-ung, to send him down to govern his own land. Hwanin surveyed the mountains of the earth and chose Mount Taebaek as the best site. He then opened Heaven and sent down his son “To Benefit Humanity” (Hong-ik Ingan). Hwanung descended with three heavenly seals or treasures and 3000 followers to a sacred sandalwood tree on the peak of Taebaek-san. Here he established a sacred city, Shinshi.

He marshaled the noble spirits of Wind, Rain and Clouds as his Ministers. A government was established with 360 departments to rule with laws and moral codes about agriculture, grain-storage, hunting, fishing, medicine, education, the arts, family-life, and the determination of good and evil. Hwang-Ung then married Ung-Yo (a girl incarnated from a bear), and she gave birth to a son. The child was named Tangun.

This child gave rise to the first Korean Dynasty, Gojoseon. In terms of the Korean historical timeline, it’s believed that the God ‘Hwan-in’ built ‘Hwan-guk’ for 3,301 years; his son ‘Hwan-Ung’ built ‘Bae-dal Guk’ passing over 1,565 years of the ‘Sin-guk era’; and finally the grandson, Tangun, built ‘Gojoseon’ in BC2333, which is the first root of Korea. It was the first agricultural society in the late New Stone Age and early Bronze Age, more than 5,000 years ago, all starting with the nation’s founding principle of ‘Hong-ik Ingan’.

The founding spirit can be summarized by the core principle of Hongik-Ingan with its remarkable emphasis that the Korean nation and people should live for the “benefit of all humanity.” This ideal was to be implemented through three principles. Tan-Gun aspired to govern the world with “morality and truth” (Ido-yeochi), thereby “enlightening the world with truth” (Kwangmyung-ise) and thus “creating a world of truth” (Jaesae-ihwa). These three principles run like a thread through Korean history, centering on the theme of ‘Hongik-Ingan’. They have been the compass that has guided Koreans through their suffering and tribulations of oppression, and helped them to digest these experiences. They were the seeds of a national spiritual consciousness that was forged through the historical experiences of the Korean people and was then brought to fruition in every aspect of practical life.

These principles and the spiritual consciousness they produced, became embedded in the Korean psyche and became a part of our cultural heritage through the extended family tradition. In such a family, a child grows up supported within a rich web of relationships, embraced by grandparents, parents, aunts, uncles, cousins and others. In this environment, he or she learns the moral virtues and responsibilities of every type of relationship from the people who love them most. This is the foundation of an ethical society through which virtue is nurtured and passed on through generations. As I explain in my book, the family is the place where moral education to raise future citizens takes place; it does so at a level of intimacy that develops the most deeply rooted moral qualities. Here we can see these principles are transformed into practice and become the values we live by.

The concept of “In-Nae-Chon,” whose roots are also in Tangun mythology and expressed through the Dong Hak movement in the ninteenth century, represents this tradition well. It means that “humanity is heaven,” that a world in which people are happy is a world in which God is happy and a world that God desires. This unique understanding of our humanity and the will of heaven has given the Korean people a deep spiritual consciousness that has shaped our attitudes toward spirituality and religion.

I believe that this consciousness, although rooted in our genesis, was forged out of our direct challenging history as an oppressed people who had to endure tremendous ordeals as the object of invasion, oppression, domination and separation. It was because of those challenges that we came to recognize the importance of human life and the importance of our spirit. As a result, the Korean people have a deep spiritual history and an open minded attitude to different expressions of faith, unlike many similarly homogeneous people.

The dream of building a world of truth rests upon the understanding that the origin of humanity is God and that the Korean people were given a special providential mission by Him to live for the sake of all humankind. As seen above, Hong-ik Ingan and Jaesae-ihwa’ has 5000 years of deep roots. And this will act as an important role in unification. Also, it will be the key of achieving world peace in the near future.

As introduced above, there is an organization that tries to expand values that humankind should support beyond nationality and ethnicity.This is Global Peace Foundation, led by Dr. Hyun Jin Moon. Recently, Dr. Moon published Korean Dream: A Vision for a Unified Korea. I was moved reading the book. Not only did I realize new things but also I entirely agreed with what the Dr. Moon said in the book.

Dr. Moon said “the history of man has developed by dreamers.” His examples are Genghis Khan, the “American Dream” and “Korean Dream.” In other words, Genghis Khan’s dream, American dream and Korean’s ‘Hongik-Ingan and Jaesae-ihwa’ are seen as a virtue and ideology that humanity should aim. I totally agree with this point.

During the Atlantic era, from the fifteenth to the twentieth century, the world was dominated by Western powers that spread across the world through the voyages of discovery and subsequent colonization. That era further developed through the ideas of the Enlightenment, and the technological advances of the Industrial Revolution.

Today, however, the tide of history is shifting and we can see the emergence of the Pan Pacific-rim era, in which Asian nations will play an increasingly important global role. In the context of such a historical shift, Korea is poised to play a unique leadership role. It can stand on the foundation of moral leadership by ending the last vestige of the Cold War and Asia’s centuries’ old struggle for self-determination outside of Western intervention; thus, endearing its achievements to other nations on the continent and in the world that have shared similar experiences of colonialism and foreign interference in determining their national sovereignty.

A new unified Korea rooted in the Hongik-Ingan ideals would be a model nation with cultural and historic affinity to many of these nations who still mistrust the West. Yet, as an enlightened nation, it will naturally be the champion of universal human rights and freedoms at the heart of Northeast Asia, the most dynamic and complex region of the world.”

Dr. Moon believes this development model of the ‘Pacific Age’ will spread out over South America.“Countries in South America have similar extended family system like Korea. It will be universally accepted in South America” Dr. Moon said.

With the slogan, ‘One Family under God,’ GPF is globally working for the sake of world peace. GPF was founded in 2009 not as a political but rather an ideological movement with five years of activities. In one word, it is a private organization that practices ‘saving the devastated global village’ with purpose of world peace in action. There was one thing I was worried about when term of ‘globalization’ was newly made. Globalization sounded as if it is trying to combine the world into one ideology and idea.

Prior to this, there has been formed a social atmosphere that globalization is Americanization after Soviet collapse. However, I think this is not desirable. Thinking like Americans, wearing same clothes like them doesn’t mean it is proper globalization. Regarding this, I would like to introduce ‘garden theory’ that I often mention in my own work. Beloved guests, let’s suppose there is a garden consisting of all the same flowers that have same shape, color, and scent. And on the other side there is garden with various flowers. Which would you like to go? Of course you would love to go to one with various flowers gathered together.

Every one of us is a flower in the garden of a global village. However, every flower differs from each other in terms of shape, color, scent and etc. It is because we have a different living environment, history and culture. However, we are all the same and are granted human rights and freedoms from God. This natural right of humans cannot be segregated with nationality, religion and skin color. It is because we are ‘one family under a God’. The reason we are here in Paraguay today is to be assured that we are one family even though everyone looks different, by raising our global village where our next generation lives in a garden with a variety of beautiful flowers.

To sum up, we all should continue to make our big dream like the famous waterfall Iguazu Falls to flow into the whole world.I would love to express all my gratitude for everyone here. Thank you.

The Global Peace Convention is a preeminent, world-level platform organized by the Global Peace Foundation and sponsors, supporters and partners to share best practices and develop collaborative strategies in areas of peacebuilding, education, entrepreneurship, sustainable development, youth and women empowerment, and other fields of social impact.