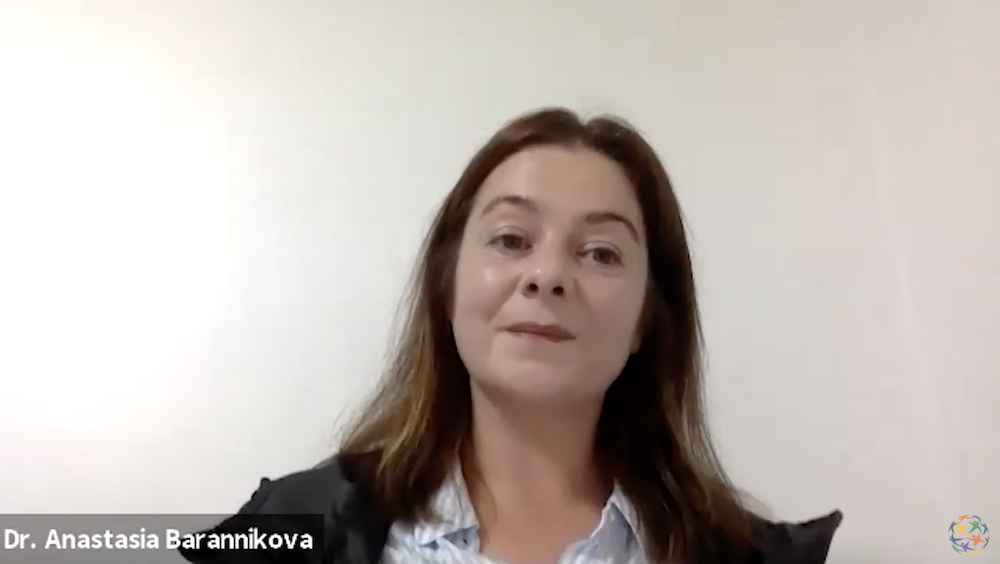 Kim Jong Un declared a voluntary moratorium on testing nuclear weapons and long-range ballistic missiles in 2018 and the U.S.-DPRK dialogue started. However, this dialogue and numerous summits yielded no results, and expectations for the Korean peninsula crisis were never met. After almost a year and a half break, the DPRK tested a number of new and previously developed weapon systems including: KN-23 missiles (so-called “Kimskanders” in media, by analogy with Russian Iskander systems with quasi-ballistic SRBMs); KN-24s, having some similarities with army tactical missile system; Pukguksong-3 submarine-launched ballistic missiles, and others.

Moreover, last December Kim Jong Un said his country no longer felt bound by its self-imposed moratorium and promised to demonstrate a new strategic weapon. North Korea conducted a static test of what some observers called a solid-fuel engine for ICBMs. In the context of the dialogue stalemate, concerns have been voiced that the DPRK may demonstrate a new solid-fuel ICBM this October.

At the same time, there have been no flight tests of ICBMs or IRBMs so far. Despite the statements of North Korean leadership, the DPRK has not yet resumed the nuclear and ICBM tests that provoked the most negative reactions by the international community. But this does not mean that the DPRK is ready to abandon its nuclear program. On the contrary, it is improving its military and nuclear doctrines. Testing certain weapon systems show a focus on second-strike capabilities. The series of the Central Military Commission meetings presided by Kim Jong Un and statements on reorganizing the military command system suggest possible restructuring of strategic nuclear forces and updating doctrinal documents.

The absence of tests in recent months can be explained by foreign policy considerations. The U.S.-DPRK dialogue is rather halted than finished and the DPRK may have intent and hope for its resumption. Ongoing exchange of letters between Kim Jong Un and Donald Trump, while stressing their good and special personal relations, give some grounds to this hope. There is still a chance for Trump to be reelected, and North Korean leadership tries to avoid any steps that could provoke tensions in the region and damage Trump’s image.

A temporary shift of foreign policy priorities to relations with neighbors Russia and China could also influence tactics of the DPRK, making its leadership take into account their interests and weighing possible consequences of its actions. Since last year Russia and China have been working with the UN Security Council on lifting some sanctions against the DPRK to encourage it to refrain from radical steps like nuclear tests or ICBM launches.

But this situation cannot last forever. At the moment we can say that the DPRK has regional retaliatory capabilities. However, it needs long-range retaliatory potential as well. Solid-fuel ICBMs could serve this purpose the best. Yet mastering this technology would require not only engine stand tests but also flight tests of a new missile. Examples of Pukguksong-1 and KN-23 missiles show that the DPRK successfully mastered the technology of solid-fuel missiles for smaller range missiles, but it will require time and numerous tests to adjust these technologies for large-diameter solid engines.

Technological factors are not the only thing driving the DPRK to test. It may also be caused by domestic policy and propaganda considerations. The lack of economic development and tangible results of diplomatic efforts should be explained to people and some positive results (for example, new powerful weapon) should be demonstrated. We can suggest that the DPRK is waiting for a convenient moment to resume testing. And the international community will soon provide this chance to the DPRK. Despite the results of the presidential election in the U.S., there is little hope of drastic changes in the U.S. position on North Korea and its nukes. At the same time, if there is no response from the U.S. and international community to North Korea’s voluntary moratorium, the country may well resume conducting ICBM and/or nuclear tests. Of course, the DPRK can test its new missiles not only through demonstrative tests. It could also use sub-critical and computer simulation technologies or even another country’s territory for conducting these tests without attracting unnecessary attention to its own. However, all these secondary factors will not prevent the return of the threats to non-proliferation and tensions in Northeast Asia.

The only solution to the currently dormant Korean peninsula nuclear crisis is changing the approach to the DPRK. It is obvious that continuing old approaches to this country in a new reality poses threats of destabilizing security and balance of powers not only in Northeast Asia but also globally. In order to prevent negative scenarios a number of courageous steps are needed.

First, as the DPRK is a nuclear power and this status is long-term if not permanent, it should be dealt with as a nuclear power. Continuing to treat the DPRK the same way as 10-15 years ago would be a mistake. Denying and ignoring changes that have already occurred is a more serious mistake. Prior to any talks about denuclearization, the changed position of the DPRK should be recognized. From this point, the DPRK should be treated as an independent actor having its own interests.

Nuclear weapons for the DPRK have already become not just an instrument of security but a factor of domestic politics and a symbol of prestige. They are also a means of protecting a whole range of national interests and achieving certain goals. From this point, all talks with this country should be not about its unilateral disarmament. It is an unacceptable and impossible demand. More feasible is negotiating a kind of treaty or agreement on the limitation of missiles. Agreement between the U.S. and DPRK could be concluded by example of U.S.-Russian agreements, where delivery vehicles, not nuclear weapons, are subject to negotiated limits.

Second, it is necessary to take into account the security environment in Northeast Asia. It is a mistake to think that all the DPRK needs is normalization of relations with the U.S. The U.S. is not the only country the DPRK needs protection from. The DPRK as any other country has no eternal friends or foes. Even if relations with the United States improve, relations with other countries could take a turn for the worse – of vice versa. From this point, North Korean nuclear weapons serve as a deterrent against an enemy attack where the enemy is a variable. Then normalization with the United States alone would not help the DPRK’s security nor help it to achieve its goals in the absence of any credible alternatives to nuclear weapons. A reliable security mechanism could solve the problem. There are different options: from a trilateral U.S.-ROK-DPRK security mechanism proposed by American experts to Northeast Asia nuclear weapons-free zones providing negative security guarantees to non-nuclear countries and freezing nuclear proliferation on the current level.

However, the most difficult question is whether the “big powers” are able to create this mechanism. What we see is that big powers show bad examples to others. We can look no further than the current situation around START III and the inability of the two largest nuclear powers to agree on a mechanism of control over strategic weapons. Even if they succeed in the creation of a mechanism like Nuclear Weapons-Free Zones, there would be no guarantee that this would not be abrogated in several years like, for example, the Iranian “nuclear deal.” The DPRK is a hyper-realistic state and does not rely on mechanisms and treaties which tend to remain in force only so long as they serve the interests of the strongest member state. It may decide to join such a mechanism with certain purposes and preconditions. Unlike previous decades, when the DPRK was an “object” in negotiations on its nuclear weapons, the only option which could seem attractive for North Korea now would be a multilateral treaty to include all the countries having nuclear and/or strategic weapons on an equal basis. But it is a matter for the future. Joining any treaty or mechanism would imply putting North Korean nuclear potential under external control, which is currently not in the interests of the DPRK. It has not yet finished creating a reliable nuclear deterrent. Moreover, if the U.S. and Russia fail to prolong a Strategic Arms Reduction Treaty and another arms race in the region starts, North Korea will be forced to join this race as any other regional power.