The Emerging Role of Civil Society in Opening North Korea 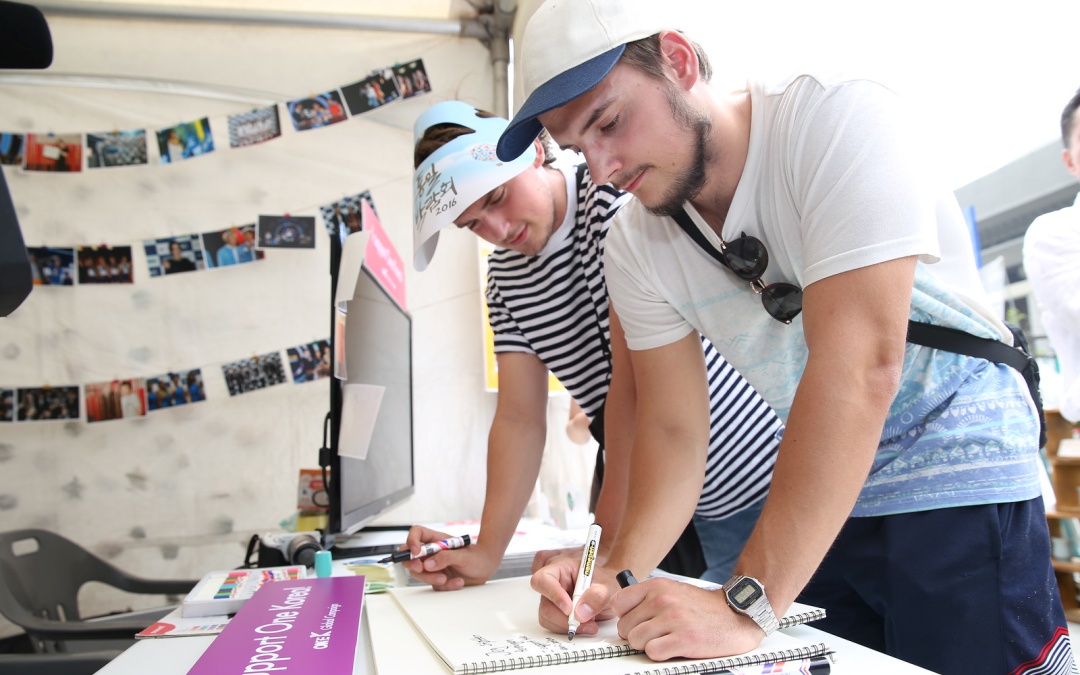 I thank you all for your time and contribution at this 2017 Global Peace Convention on the theme of “Moral and Innovative Leadership: New Models for Peace and Development.” Indeed, we are gathered here at a truly important inflection point in times of change.

I am delighted and honored to be with you all today. This morning’s session on Korean Reunification presents a unique and timely opportunity for us to think through challenges ahead of us in terms of exploring practical approaches to advancing international consensus and support for Korean reunification, including critical areas such as human rights and civil society engagement.

Throughout my career at The Heritage Foundation, I’ve enjoyed a long association with Korea, including over 100 visits there and deep connection with so many Korean friends and colleagues. This has included my lifelong support of the US-Korea alliance as essential to the interests of both countries. It has given me great satisfaction to see it evolve from a dependent relationship during and after the Korean War to an enduring, values-based partnership of equals that work together, side by side, in advancing peace and prosperity around the globe.

Undoubtedly, this is a critical transitional period for the Korean peninsula and all those nations effected by events there. On the one hand, the Kim family regime has upped the ante on its threat to global security through its nuclear tests and continuing missile tests. At the same time the society is becoming more open compared with the past in significant ways.

Let us recall how absolute was the suppression of freedom under the political system that Kim Il Sung established. Where Koreans in the North lived and worked was controlled by the state from which they also received the family food ration. There was little money and little use for it due to the dearth of markets and consumer goods.

The resulting serfdom went beyond physical control – extending to mental slavery. The state controlled its citizens’ picture of the world and their place in it totally. Nothing that challenged this picture was allowed to enter. And the outside world, back then knew little of your situation because, like a black hole, no light emerged from the DPRK.

This system stripped its citizens of most responsibility and suppressed creativity. Over the past twenty years or so that has been changing. The emerging free markets that sprang up as a survival response to the Great Famine of the mid-1990s showed that while entrepreneurship and initiative had been suppressed they had not been extinguished.

Barbara Demick, in her excellent book of interviews with defectors, “Nothing to Envy,” tells of one middle-aged lady, a loyal party member whose family’s hunger finally drove her to a local market. There she found a fruit she had never seen in her life before. Turns out it was a pineapple! What a centrally planned economy could not provide, a small entrepreneur could, even in the midst of desperate food shortage.

The appearance of markets represents a reassertion of initiative, creativity and personal responsibility among the citizens of the DPRK. The informal economy, despite various attempts to suppress it, now appears to be such an integral part of the total economy that its existence is irreversible.

This is a transitional step and not an unmixed blessing. In developing economies it seems that informal free markets plus authoritarian politics equals corruption. That is growing among the political elite and it compromises the former absolute loyalty to the regime. But it also indicates that political freedom is necessary for a truly free and transparent market system to flourish.

The changes brought about by markets in the North are supported and amplified by growing freedom of information. Information is flowing into the North through cellphones, radio broadcasts, DVDs, and USB drives in an unprecedented way. More Koreans in the North have a clearer picture of the world outside. They understand that the regime has lied to them – not to mention being able to enjoy Korean dramas from the South! Information is also flowing out of the country to various sites so that the outside world is getting a clearer picture of life in the DPRK.

The role played by defectors is essential to these changes. Many, understandably, simply want to live their lives in a new environment. But others, like Dr. Chan-il Ahn, who we are honored to have with us here today, have bravely committed to use their experiences to bring freedom to the society they escaped.

Defectors are a channel of information OUT of the DPRK. They let us know what life there is like and particularly about the regime’s human rights abuses. Defectors who had been political prisoners provided key information that produced the UN’s Commission of Inquiry Report.

Defectors are also active in shaping the content of information channeled INTO the DPRK. This allows more Koreans in the North to understand the reality of the world outside and, most important, to understand the nature of the regime they live under.

This has two aspects: to puncture the myth surrounding the regime by exposing its corruption and abuses; and to introduce the principles that undergird ideas of universal human rights and freedoms that would form the foundation of a very different type of polity in the North.

In my foreword to Global Peace Foundation Chairman Preston Moon’s book, “Korea Dream,” I noted his emphasis on certain foundational principles that guided Korean culture and history. He emphasizes the principle of hongik ingan which means “to live for the greater benefit of humanity,” a principle that has served as an aspirational ideal and a moral touchstone throughout the course of Korean history. “The Korean Dream” highlights the need to move the pursuit of reunification outside the exclusive sphere of government to engage the support of the Korean people as a whole. Today’s discussion is an important step in this direction.

The mobilization of citizen groups around common principles with the common goal of freedom and reunification will have huge significance for the future of Koreans in both parts of the Korean peninsula. Action for Korea United, a coalition of organizations committed to developing a peaceful, prosperous, and united future for the Korean people, is represented on this panel by Dr. Ahn and Hon. Choong-whan Kim, a former member of the Korean National Assembly. I have twice attended the large meetings of the AKU coalition in Seoul and can attest to the energy and hope generated there with a reunifying set of principles that can be translated into practical initiatives. This is truly an example of vibrant civil society at its best.

Finally, it is my conviction that the bedrock of a successful civil society is belief in a divine being and that this belief forms the basis for principled human interaction.

Change in the North is fraught with challenges and complexities. But expanding the possibilities and practice of freedom will be a key to progress. Still more important is promoting the principles of freedom as a guiding polestar for change. Principles that lift up human dignity, creativity and responsibility are the foundation for a free society to prosper and flourish.