The Multilateral Security Mechanism in Northeast Asia and Role of Mongolia 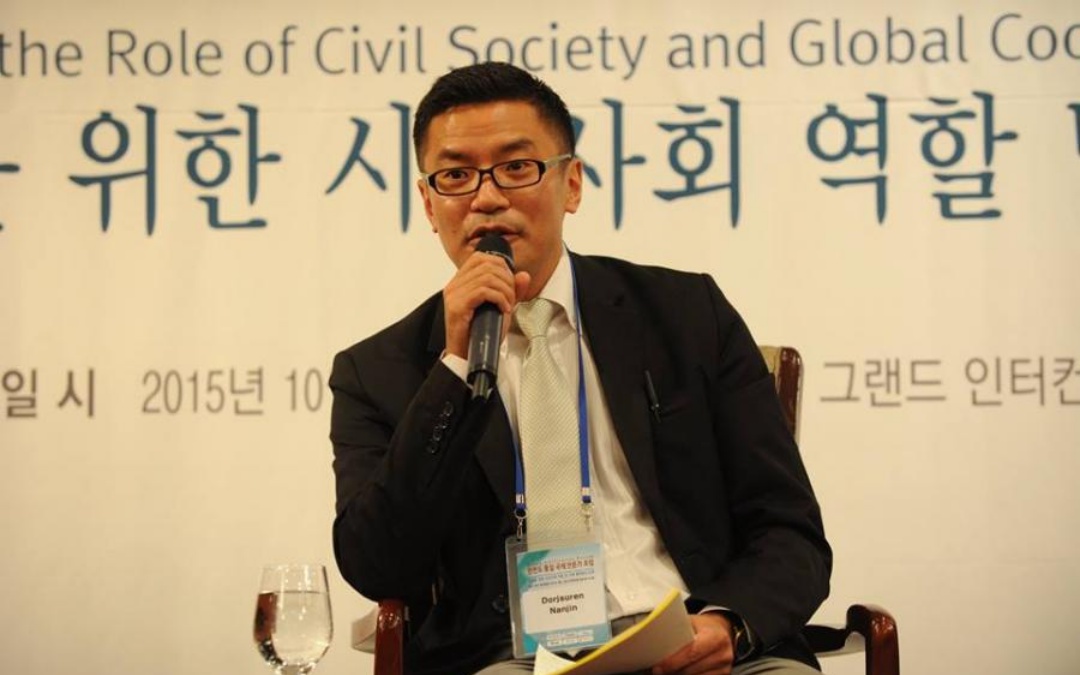 Nanjin Dorjsuren, Head of the Study team for China, East Asian Studies at the Mongolia Institute for Strategic Studies

The regional institution building in Asia has long been focused on Southeast Asia, with its so-called “comparatively advanced institutional structure” of the Association of Southeast Asian Nations (ASEAN).[1] But in Northeast Asia, according to many analysts, the region, “calls for an effective and a new security mechanism, adapted to the changes of the political relations and the fast development of economic interdependence among the nations,”[2] or, “should not base its security measures on bilateral frameworks any longer,” even, “the institutionalization of Northeast Asia has been widely regarded as impossible.”[3] Also several initiatives, proposes, and projects are focusing on developing a regional mechanism for managing broader security issues. For instance, in 1993 the Institute for Global Conflict and Cooperation Studies of California University initiated and organized Northeast Asia Cooperation Dialogue.[4] In 2013, initiated by the South Korean President, the “Northeast Asian Peace and Cooperation Initiative” (NAPCI), was established. In the same year, initiated by the Mongolian President, the “Ulaanbaatar Dialogue for Northeast Asian Security” (UBD)[5] was established. These initiatives are still an important Track 1.5 (government officials to nongovernment actors) and Track 2 (nongovernment to nongovernment actors) forums for Northeast Asian countries.

So a multilateral security arrangement in Northeast Asia is not a new idea. The Six-Party Talks is still “a test of whether these countries can collectively deal with regional security concerns.”[6] The paper begins with a summary on a proposal how regional countries could cooperate more “effectively” toward mutual trust and benefit. Secondly, the paper argues the role of small and middle states, such as Mongolia.

The fundamental concept of an “effective” approach for the agenda of a multilateral security mechanism is clearly interpreted in the 1994 Human Development Report. The report is noted,

“The concept of security has for too long been interpreted narrowly: as security of territory from external aggression, or as protection of national interests in foreign policy or as global security from the threat of nuclear holocaust… forgotten were the legitimate concerns of ordinary people who sought security in their daily lives.”[7] Also the report outlines the following threats to human security: “economic, food, health, environment, personal, community and political security.”[8]

So the “effectiveness” of the multilateral security mechanism should be related with all aspects of human security threats, including non-traditional and economic security issues. Why should we focus deeply on these two areas?

Many scholars highlight that the agenda of multilateral security mechanism in Northeast Asia should include the non-traditional security challenges. Especially, “Non-traditional security issues as economic security, information security, food security, energy security, water resource security and public health security demand careful studies and joint efforts to cope with by all the countries in the world.”[9] Also, “We cannot be optimistic about the international security situation, what with the surge in energy prices, global warming, the ecological crisis, the gap between the rich and the poor, cross-national crime, and frequent outbreaks of major epidemics.”[10]

According to the recommendations, suggested by the International Crisis Group, “Support civil society engagement with the DPRK, particularly programs that enable North Koreans to travel, while exercising care that such engagement is not utilized as a channel for transactions prohibited by UN resolutions.”[11] The civil society can play the role not only between the individual and the state but also can play the role of “mediator” between the citizens. Many scholars still argue, “Engage or isolate? How the world should deal with North Korea, according to its citizens?”[12] So today it is also “effective” to engage the North Korean citizens to the multilateral dialogues and events, focused on non-traditional security issues.

Many scholars point out that one important element of multilateralism in Northeast Asia is the expansion of membership. For instance, according to the South Korean scholar Ok-Nim Chung, “Given that post-Cold War regional multilateral proposals emerged from such middle powers as Australia and Canada, and that North Korea currently places more weight on improving relations with these countries, it is vital to engage in any multilateral process countries as Canada, Australia and Mongolia.”[13]

[5] UBD was proposed by Mongolian President in 2013, during the 7th Ministerial Conference of Community of Democracies held in Ulaanbaatar.

[12] “Engage or isolate? How the world should deal with North Korea, according to its citizens?”, accessed April 15, 2016, http://www.theguardian.com/world/2014/apr/25/how-the-world-should-deal-with-north-korea