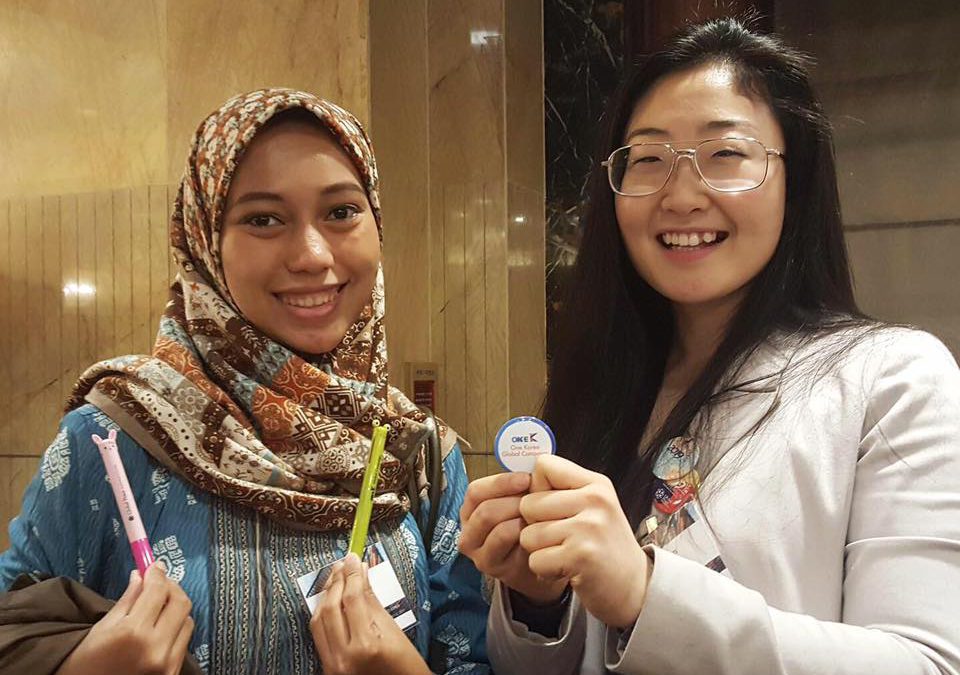 We all come across people in our lives that inspire us in small and in even more profound ways. Maybe this person is a family member or a close friend.  Maybe you never met them in person. Perhaps you listened to their moving song on the radio or read their poem in a literature class.  Whatever way this person inspired you, the very moment you connected, something inside of yourself felt a little lighter and a bit more hopeful.

If you don’t live near Seattle’s University of Washington, you might not have had the opportunity to meet the undergraduate student and commission artist, Ohnshim Kim, in person. But if you take one glance at her website, you are bound to feel inspired browsing through her art portfolio. What shines through her colorful acrylic and watercolor paintings and pencil sketches is a deep sense of optimism. Whether it’s the painting of the smiling faces of two Ethiopian boys reading a book or the painting of the person standing on a cliff awaiting the dawn, your mood is uplifted, which perhaps is Ohnshim’s intention. In her bio section, she states “I believe that painting, or fine art in general, is not about filling blank spaces with pretty objects–it is about the message conveyed using thousands of colors and shades upon high technique.” 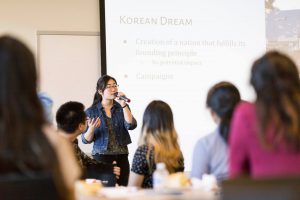 Ohnshim speaks on the Korean Dream at the University of Washington

On top of being a talented and inspirational artist, Ohnshim is motivating young people from around the world through her involvement with the One Korea Global Campaign. As a Korean-American, Ohnshim is one of the millions of Koreans living in the global diaspora. Though Ohnshim attended high school and is currently attending college in the United States, she still feels a deep connection to Korea, the country of her birth.

Inspired by the Korean Dream, a vision for a unified Korea outlined by founder and Chairman of the Global Peace Foundation (GPF), Dr. Hyun Jin Moon, Ohnshim started thinking about Korean reunification and getting involved in the global movement for reunification when she was in high school. As she contemplated the challenges of establishing world peace, Korea became an important factor in her mind. Without a unified peninsula, establishing peace in the region and world would be difficult, but unification without a vision was also problematic. In a recent interview with GPF, she shared, “There needs to be a vision because people might have very different opinions about what One Korea should look like or what kind of Korea we should go for and some people are really indifferent about it. Some don’t really care or only thought about it vaguely.”

“If people care about world peace, I think they can totally support the peaceful reunification of Korea.”

Since finding clarity and hope through the Korean Dream, Ohnshim has lent her voice and artistic talents to the One Korea Global Campaign by creating artwork, singing songs related to Korean unification on Youtube, and doing photo campaigns. Ohnshim sang a beautiful cover of One Dream One Korea, a song written for the 2015 Unification Song Campaign that featured many top K-pop singers. The cover features Ohnshim’s sweet vocals and guitar accompaniment by Princeton student, Soon-il Higashino. The video also features Ohnshim’s artwork through a time-lapse pencil drawing of her three young friends supporting the campaign with the text “We support One Dream One Korea!!” 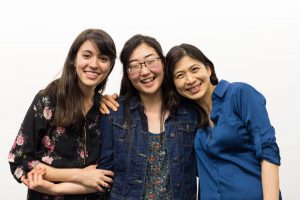 Through her efforts, Ohnshim has helped other young Americans come to understand the seriousness of the issue and to feel more inspired about a unified Korea. She shared, “I think it’s a privilege that I have friends who care about what I talk about. They sincerely listen to me when I talk about the problem of not having unification in Korea because I am a Korean born American citizen… For most of my friends in the US, it’s their first time hearing about this… A lot of them have joined me with the Korean Dream photo campaign and the videos that I recorded for the song…”

Although all Koreans in the North, South, and diaspora should lead the way in advancing the Korean Dream, they need the support of the international community. Korean Americans like Ohnshim Kim play a crucial role in drawing support for Korean unification and articulating the values and aspirations of the Korean people encapsulated within the Korean Dream. Ohnshim shares why non-Koreans should care about Korean unification, “If people care about world peace, I think they can totally support the peaceful reunification of Korea.” She also shared that once people come to understand that the period of division is so short compared to the thousands of years of shared history as one people, they will support unification.