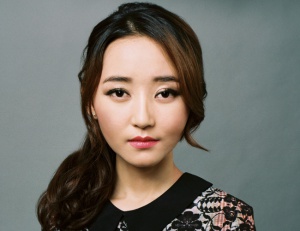 In 2014 Yeonmi Park told her story to the world at the One Young World conference. Since then, she has used various opportunities to shed light on the situation of the people in North Korea.

“I have to do this because this is now, I’m speaking for people who want to tell the world what they want to say.”

Yeonmi left North Korea with her mother and elder sister through China. They were eventually separated. Yeongmi found a way to reunite with her mother and father, only to have to bury her father in secret soon after. “I was 14 years old. I couldn’t even cry. I was afraid to be sent back to North Korea,” she recalls.

Among the North Koreans living abroad, about 300,000 live in China. Many of them are women and girls who fall victim to human trafficking rings. Finally, Yeonmi and her mother left China, crossing the Gobi Desert, hoping for freedom in Mongolia. “Under the knives we were prepared to kill ourselves, if we were going to be sent back to North Korea. We wanted to live as humans.”

Yeonmi and her mother eventually settled in South Korea. Years later, they were reunited with Yeonmi’s sister who had also lived in China for a time and found a way to South Korea. Life in South Korea isn’t easy, but Yeonmi has found a purpose in speaking for the North Korean people back home.