A Way Forward Toward Peace: Focusing on the ROK-US Alliance 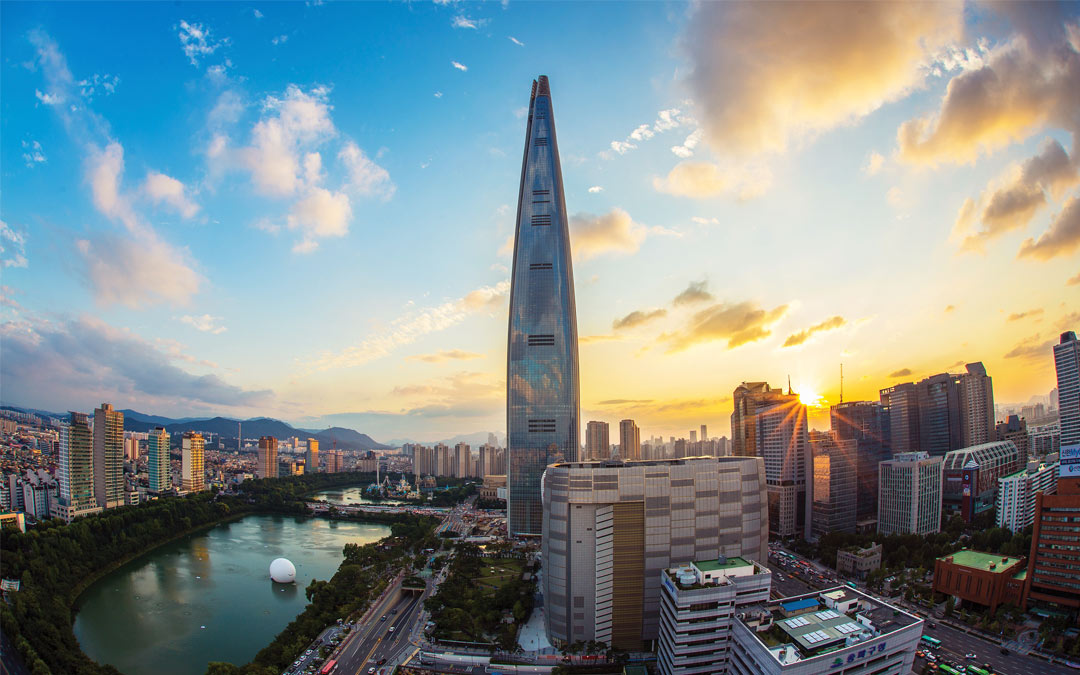 South Korea, the world’s only divided nation, is being threatened by North Korea’s constant provocations. North Korea fired 10 missiles and conducted the 6th nuclear test, only in the Moon Jae-in administration, established in May.

Due to such constant provocation by North Korea, it is even hard for the new administration to carry out its stance towards North Korea, which is to restore inter-Korean relations and resolve the North Korean nuclear issue through dialogue, and the international community is reaching a consensus about the need for pressure and sanctions on North Korea.

President Moon Jae-in also pointed out the inevitability of sanctions on North Korea through his keynote speech in the United Nations General Assembly in September, and emphasized a peaceful resolution by stating that “Despite the fact that North Korea is violating the obligations and commitments of the UN Charter, the Korean government and the international community are taking all necessary measures to resolve the North Korean nuclear issue peacefully”.

As a member of the National Assembly’s National Defense Committee, I always ponder about what actions we should take in order to bring peace to the Republic of Korea in the midst of the North Korean nuclear crisis. However, we should always be clear about the very two messages; “No more war on the Korean Peninsula” and that “We are committed to peace”.

I would like to talk about what preparations we need to make to bring peace to the Republic of Korea, and in particular what path the Korean government should take within the ROK-US alliance.

President Trump visited Korea on November 7th and 8th, and delivered a powerful message to North Korea through a speech at the National Assembly on the 8th. He pointed out the serious human rights issues of North Korea, delivering a warning message saying, “The weapons developed by North Korea cannot make the North Korean regime safer, but can make it even more dangerous.”

In particular, President Trump made it clear that though North Korea aims to achieve the elimination of sanctions, withdrawal of USFK and ultimately unification under communism through nuclear weapon development, the U.S. will never allow such a scenario to be realized.

In addition on the 7th, the U.S. agreed with South Korea to scrap warhead limits on South Korea’s missiles and emphasized a solid ROK-US alliance, saying, “There is no skipping Korea.”

The U.S. and South Korea reached a consensus that the North Korean nuclear issue should be resolved by deterring North Korea’s provocation and encouraging North Korea to change its attitude through strong pressure and sanctions. The two countries will actively cooperate in a peaceful way if the North changes its attitude to a positive way.

The possibility of increasing the Korean share of defense costs
Currently the budget for 2018 is under deliberation, and the budget for the USFK defense is set at 960.2 billion KRW. In a joint press conference after the ROK-U.S. summit on the 7th, it was announced that the two nations have agreed to the principle of sharing the defense cost at a reasonable level, implying that a negotiation on the cost-sharing will take place in the near future.

The 10th Special Measure Agreement, which is to be applied from 2019 onwards, is expected to be revised, as the current agreement on defense cost-sharing of USFK deployments expires in 2018.

However, we should make it clear during the negotiations that we paid 92% of the total construction cost 10 billion KRW incurred for Camp Humphreys in Pyeongtaek city where USFK are to be stationed and that we have been increasing the defense cost-sharing amount by 2% every year to reflect the CPI.

In particular, according to the Stockholm International Peace Research Institute’s weapons trade database, Korea is ranked as the sixth largest weapon importer, importing 1.6 billion USD worth of weapons in 2016. From 2008 to 2016, Korea imported 22.5 billion USD worth of weapons from the U.S. (which is equivalent to approximately 25 trillion 155 billion KRW). Korea is the largest importer of U.S. weapons.

Once again it is crucial to make it very clear during the negotiation with the U.S. on defense cost-sharing that Korea is importing such vast amounts of weapons partially due to the ROK-US alliance and ROK-US combined forces.

Last January, I visited the US Pacific Command and met Admiral Harry B. Harris Jr., Commander. At the time, President Trump was taking a hardline approach on North Korea and raising up the defense cost-sharing issue, and many were concerned about whether the alliance between the United States and South Korea is going to remain strong enough.

I asked the commander to deliver to President Trump that “Korea is already the biggest importer of weapons from the U. S. President Trump should not ask Korea to increase our share of the defense cost.” Commander Harris answered “That is my mission. I will surely deliver your message to President Trump.”

Tasks after President Trump’s visit
There are three major tasks left for us. First, when it comes to purchasing U.S. advanced strategic weapons and equipment, we need to make sure we buy only the ones we actually need. I have already explained that this is an important task that links to the defense cost-sharing issue.

Second, since North Korea has nuclear capacity and intentions to carry out provocation, it is necessary to review the deployment of U.S. strategic assets taking into account both internal and external aspects in order to protect the lives and safety of the Korean people.

I hope that the strong ROK-US alliance evidenced by the U.S. President’s visit, the first to Korea in 25 years, will remain strong, despite North Korea’s threat, so that we can make a step towards peace on the Korean peninsula.

It is no exaggeration to say that the inter-Korean relations that had improved thanks to the great efforts made by the previous governments under the sunshine policy only worsened over the past decade through the Lee Myung-bak administration and Park Geun-hye administrations.

The suspension of Mount Kumgang tourism and the shutdown of Gaesong Industrial Complex created not only economic damages but also fierce tension between the two Koreas, which all spurred anxiety over Korea, leading to invisible damages.

As far as I know, young people in foreign countries are reluctant to visit or travel Korea, because they feel that Korea, the only divided nation around the world, is not safe. However in reality, foreigners who actually have been to Korea post on SNS that it is not so, and rather, that they were greatly impressed by the beautiful nature and culture of Korea and feel sorry that the country is under-evaluated due to the inter-Korea relations.

In an effort to improve the inter-Korean relations, the Moon Jae-in administration proposed to the North in July military talks to halt hostile activities in the Military Demarcation Line (MDL) and Red Cross talks for the reunion of separated families, but North Korea has remained silent till now.

As Senior Secretary of the Press Center for the Blue House, I have an experience of visiting North Korea with the former president Roh Moo-hyun back in October 2007. Two months before, in August I attended three working-level consultations at the Inter-Korea Immigration Office as the representative of working-level talks, and stayed at Pyeongyang for 14 days in advance of the actual summit as the delegation from South Korea. I can still vividly remember that though at the beginning of the summit there was a fierce tension, through constant meetings and dialogues, the sentiment became much softer and everyone had a gentle smile at the end of the summit.

All the working-level delegations from both North and South could feel that we were one nation and at least we all had one common aspiration, the reunification of the Korean peninsula.

There is no better policy than dialogue. I firmly believe that the inter-Korean relations can be restored through meetings and talks.

However, Mount Kumgang tourism has been suspended since 2008, and Kaesong Industrial Complex was shut down at the beginning of last year, worsening the inter-Korean relations. The government estimates that the identified damages reach 777.9 billion KRW and the corporate sector estimates the total damages exceed 1 trillion KRW. Considering such an enormous amounts of damages, Mount Kumgang tourism and Kaesong Industrial Complex should resume as soon as possible.

Through such civilian exchanges, the inter-Korean relations in crisis can be restored, leading to peace.

Strong efforts to deter North Korean nuclear weapons
However, North Korea’s nuclear test is breaking the peace. It is a well-known fact that the peace on the Korean Peninsula will fade away if we do not strongly deter the threats of North Korea such as six nuclear tests events and long-range missile firings.

Our military must take decisive action against North Korea’s threats such as nuclear tests, under the banner of “Do not fight, but if you had to, make sure to win.” To this end, we need to strengthen our alliance with the U.S. and the tighten UN Security Council sanctions on North Korea.

Next year marks the 68th year of the Korean War and the 65th year of the armistice agreement. I am fully aware that the reunification of Korean peninsula that has been divided for over a generation cannot be achieved by merely one side’s aspiration.

I think that there will be no more tension between the two Koreas if we open up our heart to each other and approach from the concept that we are both on the same boat sharing fates.

We are at a critical juncture. Now is the time for all of us to gather collective wisdom, contemplate, and carry out measures for peace and reunification, diplomacy and security.

We must always contemplate what our missions are, to construct the Republic of Korea in the international stage and to achieve peaceful reunification of the two Koreas.