Korea’s Future and the Paradigm Changes of World Politics 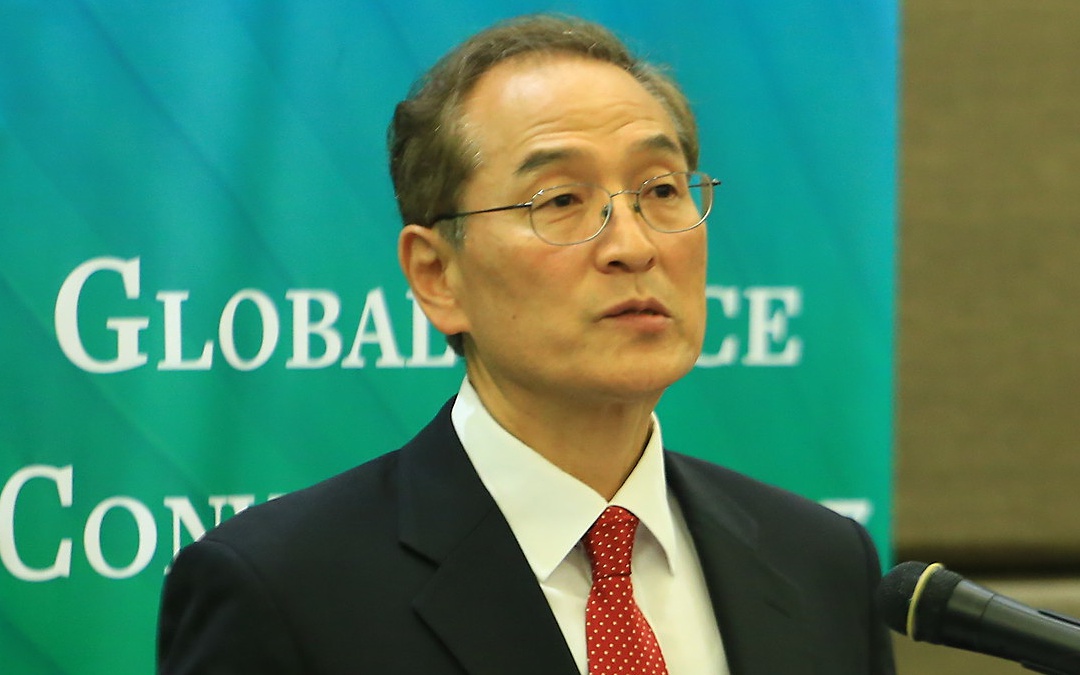 A power shift and paradigm change were predicted in the global political and economic regime at the Davos Forum (World Economic Forum) held from January 17, 2017 to January 21, 2017. U.S President Trump’s withdrawal from international public goods, such as free trade and the stability of the global economic system, which the United States has been providing for years, has made the international community uneasy. At the Davoos Forum, China’s Xi Jinping said that China will lead the liberal market economy. He argued for economic globalization.[1] Beijing has made the Chinese economy the world ‘s second largest economy thanks to the benefits of current international system. China is preparing to change the global economy and political regime while maximizing its own interests based on the established international institutions and international agreements. The international community will be at the crossroads of war and prosperity depending on how China will act and the world responds. It is frightening to anticipate how China’s leadership will change the world, since China has acted in the interests of China, ignoring world standards.[2]

A global crisis is on the rise since 2015. Increasing unemployment, income disparity, and social conflicts are leading to a rapid expansion of the policy of their own national interests first. The complaint against the vested powers is creating the emergence of the extreme right in the world. National tolerance is also disappearing.

The United States is deviating from its leadership role to advance world peace. President Trump ‘s America First policy is to either cancel or reduce the alliance and its contribution to world peace if it does not meet the current economic interests of the United States. So far, President Obama has pursued a “pivot to Asia” policy and a “rebalancing” policy. He was shifting strategic priorities from the Middle East and Europe to Asia. China is taking its place as President Trump withdraws President Obama’s “return to Asia” policy. There is emerging a gap in power and a shift in power in Asia.

North Korea has not joined the Chemical Weapons Convention (CWC). Pyongyang has been developing and producing chemical weapons since 1954, and currently has about 5,000 tons.[5] North Korea test-fired a missile at the day of the summit meeting between US President Trump and Japanese Prime Minister Abe on February 12, 2017. North Korea’s new Intermediate-Range Ballistic Missile (IRBM) with solid fuel was launched from a portable launcher equipped with a caterpillar. The missile is capable of a surprise attack on the base of Okinawa, the core base of the US Asia – Pacific region. The North Korean missile, launched this time, uses solid fuel and can attack without any preliminary preparation time, which now became a global threat, including Korea and the United States.

In addition to provocative acts that threaten world peace, North Korea is the world’s worst human rights oppressor. In its 2014 report, the North Korean Human Rights Investigation Committee, established by the UN Human Rights Council, reports that North Korea’s genocide, murder, forced labor, torture, detention, rape, forced abortion and other acts of sexual violence are the most serious violations of human rights in the current era. Thus, the NKHRIC urged the UN General Assembly and the Security Council to bring North Korea to the International Criminal Court.[6]

Symbolism and Necessity of Korean Unification

In particular, Korea is a world-history-meaningful being and a very symbolic country. At the same time, Korea has an obligation to practice and show universal human values throughout the world. During the Korean War, Korea received big help from foreign countries including United States and remembers it forever. As a matter of fact, Korea could be erased from the face of the earth. The Koreans always appreciate the United States and the military of 16 countries and the 5 countries of medical support that have saved Korea.

It was only the ashes left after the three-year war from 1950 to 1953. Korea’s economic growth is based on free trade and world peace, and South Korea’s security by the US defense alliance.

The unification of Korea has the following meaning.

The key to the prosperity of mankind is the diversity and mutual cultural exchange. In the history of mankind, closed and isolated countries have been perished, and countries with active international exchanges have flourished. Prosperity and a sturdy fence are both sides of a coin.

Like Robert Frost’s Mending Wall, “Good fences makes good neighbors”[9] Benjamin Franklin’s saying is also very popular, “Love thy neighbor, do not pull down your hedge.”[10] Fences provide the ability for defense. Sturdy fences increase exchanges, because the gains from trade are greater than the gains from war. Thus, the countries that promoted various exchanges with foreign countries prospered while keeping their identity. A fence is a border that protects your identity, and a shelter to create a sanctuary. Respecting the boundaries of the fence respects the interests of others and does not infringe. In this respect, neighbors will be friendly and mutual trust will be established. Neighbors who do not respect the fence cause war and conflict.

Respect, love, caring, active communication, in-depth communication and dialogue with neighbor,s is an important basis for resolving conflicts among neighbors. Later, they generate profits through mutual cooperation and common work. Korea, China, Japan, North Korea, and Russia have had bloody wars in Asia over the past 100 years. But long ago these countries were neighbors that prospered through mutual cooperation. Historically, these countries have had more cooperation than conflicts. Thanks to this, Asian countries have become prosperous as they are now.

For thousands of years, Korea has been culturally influenced by China and has received economic and military assistance. Japan was culturally influenced by Korea. Through these cultural exchanges, mutual development was achieved. The Japanese government provided US troops with detailed information on the difference in the tides, time, and location of the sea in front of Incheon in Korea, and helped General MacArthur’s Incheon landing operation be successful. Koreans also appreciate Japan in this regard. Korea and the United States engaged in the Vietnam War and waged a war against Vietnam’s communism. There were many Vietnamese and Korean soldiers sacrificed during the war. However, Vietnam is now cooperating with Korea for a better future. To those Vietnamese, the Koreans express respect and appreciation. Vietnam, however, is not working on such a painful past, and is working with Korea for a better future.

South Korea, which grew up with such help all over the world, should not make past conflicts dominate the future. Rather, the future must define the present and work together toward a better future. South Korea expresses unlimited gratitude especially to the United States, which protects Korea. It will contribute to world peace and prosperity so that the human race can develop and prosper with the United States.

World peace is built by a loving heart in addition to a sturdy fence. In order for the world to become a human community, it is necessary to form and share world common values. The common values of the world are the feelings of love for the children of the parents at present, and the ideals of Hongik Ingan, which means “It benefits all mankind.”

Parental love is a common value that all human beings have. This love is devoted, sacrificial, continuous, and not exhausted. This love and dedication has created the well-being and prosperity of mankind. When such love and devotion is limited to loyalty to the community and to the state, there is conflict and war between nations. The values of Hongik Ingan, which benefits all mankind, help these love and devotion extend beyond the boundaries of the state. This leads to world peace.

In order to realize the love and the ideology of Hongik Ingan, we have to get active exchange and communication with neighbors. And efforts to understand and respect neighboring countries are essential to fostering trust. We have to try to find out the advantages of our neighbors and educate them with respect. We should make joint history textbooks and operate free student exchange programs with a common education system. Then the adjacent nations will form a common sense of values, and build better relationships in the future. This can contribute to building world peace.

[4] Office of the Secretary of Defense, “Military and Security Developments Involving the Democratic People’s Republic of Korea 2013,” February 4, 2014, via: www.defense.gov.