The Korean Peninsula: An Opportunity and NOT a Crisis 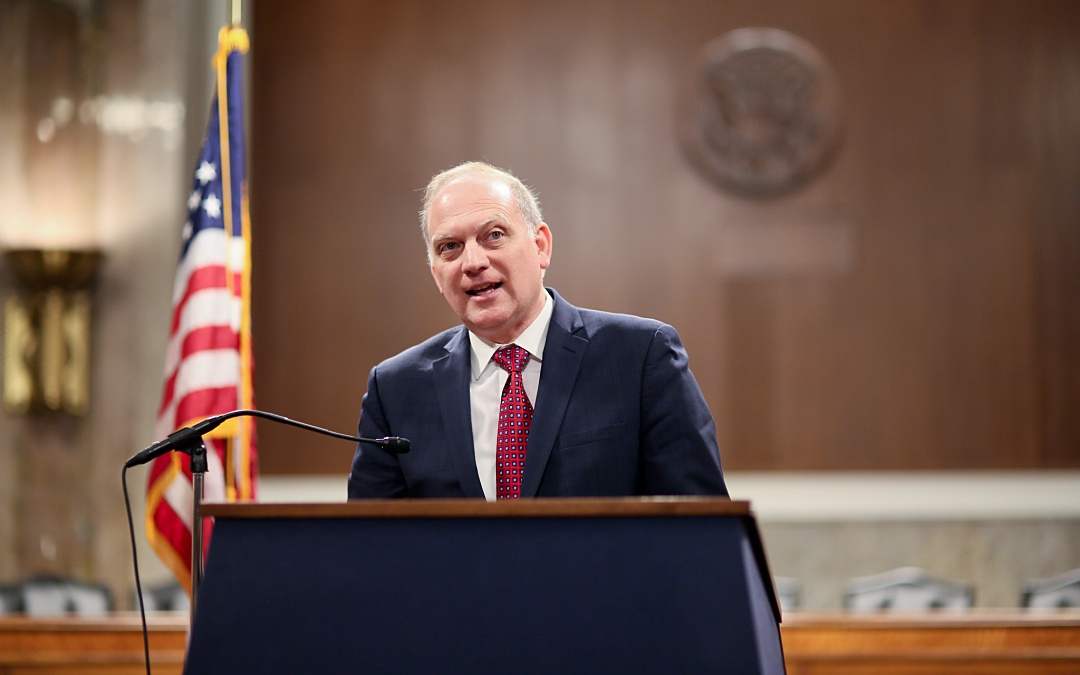 Thank you for the opportunity to address this esteemed body today. I offer, for your consideration, that the Korean Peninsula of 2017 is an Opportunity and NOT a Crisis. This moment in time, offers:

These seven aspirations, while lofty, are certainly achievable in short order. The alternatives of war on the Korean peninsula or a fully nuclear North Korea are both unacceptable.

Twenty-five million North Koreans currently live in a world considered unfathomable by most everyone in this room—limited outside contact, severe restrictions on internal communications and access to the internet, hunger, state-mandated jobs, brutal responses to anyone making disparaging remarks about political leaders and the list goes on.

In 2013, the GDP of North Korea was estimated at $33 billion, while South Korea was $1.19 trillion. The GDP per capita was $33,200 in South Korea, while only $1,800 in the North. And by 2013, South Korea’s trade volume was an impressive $1.07 trillion. This massive disparity of wealth, education and freedoms will eventually lead to a Unified Korea or the less likely the transition of the current Kin Jung Un regime. And there are experts in this room who have spent a lifetime studying this issue. A citizen-driven movement for reunification by an organization known as Action for One Korea focuses on the Korean Dream’s founding principle of “uplifting human rights, and dignity, serving as a foundation for shared vision that can unite the Korean people to serve as a new paradigm that advances world peace and human prosperity.”

We have an opportunity for the entire peninsula to share the many blessings of a Democracy.

The significant difference between the quality of life in East and West Germany is magnified many times in the case of these two similarly cleaved neighboring countries-one of which shares in the blessings of Democracy (South Korea) and one which is ruled by a dictator (North Korea). And while the variance in quality of life could be seen in the difference between the GDPs of East and West Germany (7:1) the ratio is 40:1 between the South and North Koreans. Like the Germany issue, this will be a significant INITIAL financial burden to the world, but one that is well worth the world’s efforts from a moral, economic and security perspectives.

Right now, we have an opportunity, to once and for all, eliminate all nuclear weapons from the peninsula and serve as an example for the rest of the world.

The issue of a nuclear North Korea goes well beyond the Kim Jung Un regime. Consider this–and some of you in this room may disagree with me, but if North Korea is allowed to continue its nuclear weapons program, the Japanese and South Koreans will be forced to build advanced nuclear weapons program of their own. For both Japan and South Korea, this nuclear program will provide a type of mutually assured destruction paradigm which should prevent even the most radical thinking dictators from using these weapons against other nuclear nations.

But it doesn’t stop there. If Japan becomes nuclear, China will undoubtedly feel a need to expand its weapon systems. In the meanwhile, Iran and other nations will watch as North Korea “gets away with” developing a nuclear program and threatening world peace and you may well see a proliferation of Gulf States and others building their own systems in the coming decade. And why does all this matter to the average global citizen? Because we will lose control of the massive amounts of fissile material being developed and somewhere soon a nuclear device will change the world in ways much more significantly than we saw on 911.

There is an opportunity for China to act the part of a great power or choose to act as a closed nation.

China faces a complex scenario in their own back yard. They are concerned with a United Korea that would resemble the affluent and wildly successful Democracy of South Korea—a close ally to the United States. If the Unification occurs, there is no longer a geographic buffer between the South Koreans and China. But if China does nothing, they are likely left with a nuclear North Korea, a nuclear Japan and South Korea and possibly combat operations (that could go nuclear) on the peninsula.

China saw the impact on nations like Turkey when 4 million refugees flooded their nation of 80 million. A major war on the peninsula would be many times greater—and with the potential of nuclear, chemical and biological weapons being used and drifting into the Chinese airspace. And even if none of those likely WMD after-effects impacted China, imagine the impact on their economy as shipping lanes were shut down and logistics grind to a near standstill in the region. China’s tenuous civilian banking system could quickly falter and impact the remainder of their economy in ways we do not wish to think about considering China’s impact on the global economy.

The 2017 Korean Peninsula is an opportunity for the United States to continue in its role as a global leader.

The United States remains positioned to be that indispensable nation in the world. No other nation is better prepared to facilitate an outcome on the peninsula that will not threaten the next generation’s way of life. I am not implying that the United States should act alone. But if those nations with the most to lose do not act, I think it is America’s role to lead—Diplomatically, Economically, Morally and if all else fails–Militarily.

And finally, this is an opportunity for North Korean to join the world of responsible nations through direct talks between the United States and North Korea.

This is an opportunity for the United States to take a leadership role and no longer rely on third parties to negotiate on America’s behalf. The United States must communicate directly to North Korea—through official channels to clearly articulate the options on the table for North Korea. There must be a clear path to survival for the nation of North Korea and the current regime. Similarly, there must be a clear path to their demise if certain actions are not taken in a specific period of time.

So…In closing, this is a complex problem with very real solutions. The United States must lead; the Chinese must lead, follow, or get out of the way; and North Korea must be presented options that could result in their survival without nuclear weapons. If these steps are taken, North Korea will eventually melt away and become united with the much more successful South Korea and the world will be better for the change.

I opened today with an assertion that the Korean Peninsula of 2017 is an opportunity, not a crisis. This historical moment presents a unique opportunity precisely because it looks and feels so much like a crisis.

The properties of substances and Nations can change under extreme heat and pressure. After more than six decades of diplomatic stagnation, an unprecedented nexus of factors have brought us to this moment when the heat and pressure are high. The bright focus of the global political community is directed at this problem. It’s hot, and the components of this longstanding problem are changing, and changing fast. And that means that this is a unique opportunity for meaningful change that simply could not have happened under other leadership than yours, or at another time in the past sixty-four years than today. This is an opportunity for the United States to lead while the nations of the region simultaneously take responsibility for their futures.