A Change of Heart Toward Korean Reunification: Heeryoung’s Story 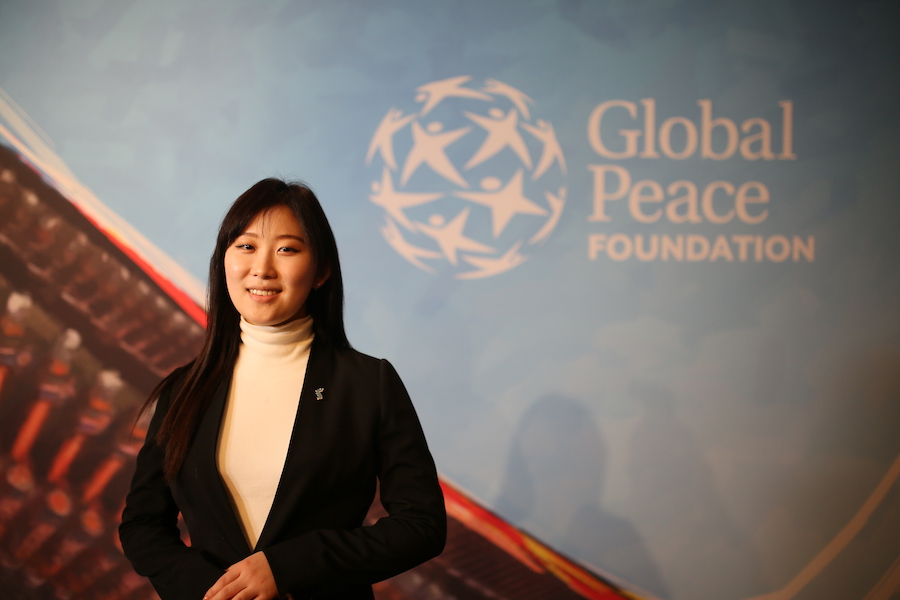 Heeryoung Kim did not care about the reunification of the Korean peninsula because it had nothing to do with her, or so she thought. Like many other young people in South Korea, Heeryoung was more concerned about getting a job, and the only thing she was passionate about was hip-hop.

But when Heeryoung joined the organization called Korean Peninsula Policy Consensus (KPPC), her perspective began to shift. Heeryoung was attracted to KPPC because it was a non-partisan organization that had a neutral stance on unification. The mission was not necessarily to pursue unification, but rather to raise awareness and enable the younger generation to have ownership over the issue of the divided Korean peninsula.

When Heeryoung was tasked with organizing some events for KPPC, she realized that she never met anyone from North Korea. “I thought it was absurd and ridiculous for me to not have any connection with North Korean defectors, while I talk about this issue and building peace [on the peninsula],” shared Heeryoung in an interview with the Global Peace Foundation. So, she organized a week-long series of events with 20 North Korean defectors. It was during this transformative experience that her perspective toward reunification completely changed.

“They are humans just like us. We have so many commonalities. We have the same language, and we share the same historical background. We’ve only been divided for around 70 years, but we have a shared history of 5,000 years.”

“They are humans just like us. We have so many commonalities. We have the same language, and we share the same historical background. We’ve only been divided for around 70 years, but we have a shared history of 5,000 years.” It was like a light went on inside Heeryoung as she realized not only their common humanity, but their shared heritage as one people. Reunification was no longer an issue she could remain emotionally detached from nor an issue irrelevant to her life.

“I felt some kind of a connection, but also a feeling of sadness for them not being able to see their family because that is the main struggle, the most difficult emotional pain they have to suffer.” She continued, “That experience meeting 20 North Korean defectors within one week totally changed my mind and heart. I should really be engaged in connecting and being a bridge, rather than a wall.”

Heeryoung could not hold back tears as she talked about the pain these North Korean defectors experienced but also the deep bond she formed with them. “I found out that just for being born in North Korea, these people lost their sisters and mothers. As I talked with them, I felt, ‘I need to end this 70-year division and bring about unification as soon as possible.’ Yes, I acknowledge that the young people can be apathetic…If they were strangers, I wouldn’t care, but because we became friends, it was no longer someone else’s problem. I now feel we have to work together to become one again. We used to be one people. More than anything, I think we should focus on the people. In the future, I hope more people connect to each other: South Koreans, North Koreans, and Koreans abroad in the diaspora. We should be able to get together and freely talk to each other. Strangers can become friends again. It’s not possible to ignore our friend’s problems, right?”

Young Koreans like Heeryoung are realizing that they will inherit the division of the two Koreas if they, the young people, do not take ownership over this issue. Through the One Korea Global Campaign, Heeryoung is stepping up to support the dream for One Korea by building connections and spreading awareness not only within the younger generation of Koreans, but also with international students studying in Korea.

How You Can Support Korean Reunification

The One Korea Global Campaign is a grassroots movement focused on building people-to-people connections and building a consensus for One Korea. To get involved, a good place to start is becoming informed and reading about the issue. There are plenty of books and articles on the process of reunification for policy wonks. For something inspirational, read Korean Dream: A Vision for a Unified Korea by Dr. Hyun Jin Preston. The book is an aspirational treatise that serves as an overarching framework and guide for the process of reunification and articulates a unique vision for a unified Korea grounded in the ideals and shared heritage of the Korean people.

Organizing informal gatherings such as book clubs or talking over coffee with a group of interested individuals is a great way to start the conversation about this issue, build connections, and brainstorm creative ways to support the reunification movement. Organizing or participating in formal gatherings such as panel discussions and forums where policy experts and activists speak are valuable as well. Bringing the conversation online through social media can also be very powerful and doesn’t require leaving your living room. Many of the social movements that occurred during the Arab Spring in 2010 gained momentum through social media. Starting your own blog or online discussion group or joining an existing group such as The Korean Dream Discussion Group on Facebook are also great ways to build connections with people, spread awareness, and organize efforts.

The strength of the One Korea Global Campaign is found in citizens who take up the issue of reunification as their own and find creative ways, both big and small, to contribute to realizing the Korean Dream and the hopes of young Koreans like Heeryoung.

“I hope that the Korean peninsula will become a brighter nation in the future. I hope we can all work together and get one step closer to becoming one Korea.”