Denuclearization as a Way to Neutralize North Korea’s Nuclear Armament 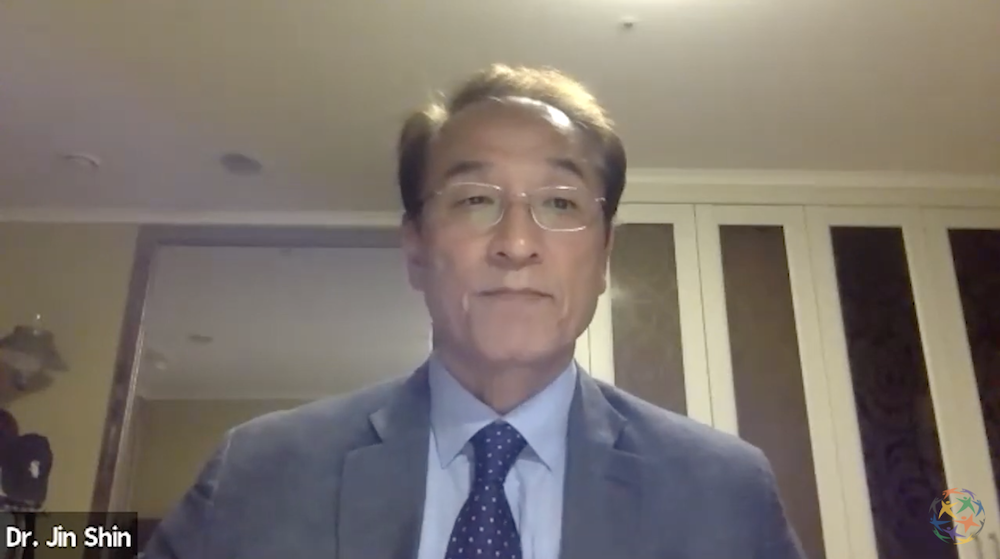 It is known that North Korea has developed nuclear weapons and has reached the stage where its nuclear arsenal can be deployed in a theater of war. However, the international community, including the United States, does not recognize North Korea’s nuclear status. Against the backdrop, North Korea is committing criminal acts such as extra-judicial killing of civilians, intimidation, and violation of agreements, especially against South Korea. In addition, North Korea is threatening the international community by making money through cybercriminal acts.

North Korea is threatening military attacks against free countries in Northeast Asia and the United States based on its nuclear capability. These threats are likely to expand into war, depending on the turbulent reality of the international community. In addition, North Korea may further threaten the international community by delivering nuclear weapons to terrorists in the event of North Korea’s collapse.

North Korean leader Kim Jong-un seems unwilling to give up its nuclear weapons. U.S. President Trump confirmed this through meetings with Kim Jong-un.

Kim believes that he suffered great damage in the Hanoi talks because he was tricked by South Korean President Moon Jae-in. Prior to Kim Jong-un’s meeting in Hanoi with the U.S. President, exchanges between Kim Jong-un and Moon Jae-in administration were very active and friendly. However, after the dramatic failure of the Hanoi talks, Kim launched a direct attack, criticizing the South Korean president. Kim Jong-un’s anger continued to expand until 2020. However, in the meantime, the Moon administration promised economic assistance to North Korea and tried to improve relations with the North by appointing pro-North Korean personnel to the Ministery of Unification, but in September 2020, North Korea was in the stage of killing South Korean maritime officials.

Thus, from the day Kimdeparted from Pyongyang to Hanoi, the news of his participation in the talks and the hope that economic sanctions would be lifted was widely publicized through the North Korean media. When the Hanoi talks reached a dramatic breakdown, all North Koreans became aware of this.

In other words, North Korean authorities revealed to the people that Kim Jong-un made mistakes and failed as the supreme leader. As a result, Kim damaged his image as an infallible ruler and forfeited the key and important means of governing in North Korea. As a consequence, Kim gave instructions not to deify himself. It is predicted that Kim Jong-un will refuse any exchanges with the Moon Jae-in administration during the Moon Jae-in administration due to this betrayal toward Moon Jae-in.

Therefore, as of 2020, Pyongyang is expected to reject any form of peace proposal to North Korea led by South Korea or any proposal for denuclearization of the Korean Peninsula.

China is trying to establish a regional cooperation system, the Conference on Interaction and Confidence-Building Measures in Asia, that excludes U.S. interference and recognizes China’s primacy. Chinese President Xi Jinping created the Asian Infrastructure Investment Bank (AIIB) to seize hegemony as a world power as well as Asia, and is promoting the One Belt One Road initiative through AIIB funding. Xi also created the Free Trade Area of ??the Asia-Pacific (FTAAP) to create a new order of hegemony led by China.

In response, the U.S. is trying to establish an Asia-Pacific partnership to keep China in check and secure freedom of navigation in the South China Sea. Washington wants to help its allies in Asia, as well as the entire Asian region maintain a free and democratic system. Accordingly, the United States signed the Trans-Pacific Partnership (TPP), to curb China’s expansion by establishing an Indo-Pacific cooperation system.

Beijing opposes the South Korea-U.S.-Japan military cooperation system. Furthermore, Xi suppressed the system to collapse through pressure on Korea, the weakest link in the Korea-Japan-U.S. cooperation system. Thus, China actively opposed the deployment of THAAD missile defense in Korea and even took retaliatory measures against Korea. In addition, high-ranking officials in Beijing forced Seoul to reject the General Security of Military Information Agreement (GSOMIA) agreement between Seoul and Tokyo.

China is ignoring international norms and maximizing the pursuit of its own interests. China’s intelligence and military authorities are exploiting the intellectual property rights and personal information of the international community through cyber hacking to develop its own industries and enhance its military power. Beijing also uses economic weaknesses of developing countries to increase their debt burden and control the other countries through this policy.

While the United States and Western countries argue that the Beijing authorities illegally steal information and use it for their own industrial development, China is taking the lead, arguing that such actions are justified.

After US President Trump, the US-China relationship seems unlikely to improve. Therefore, the possibility of solving North Korea’s nuclear weapons development through cooperation between the United States and China seems very small.

4. How to curb expectations about the effects of North Korea’s use of nuclear weapons

According to a report by British Telegraph, Russia is currently developing a missile system that uses nuclear fuel to traverse the Earth at a subsonic speed for an infinite amount of time and hit a target. It is a new cruise missile that Russian President Putin mentioned in his speech in March 2018, called 9-730 Brekesnik, and NASA calls it SSC-X-9 Skyfall.

Currently, North Korea’s Kim Jong-un regime will not give up its nuclear weapons despite international demands and economic pressures. Due to the breakdown of negotiations in Hanoi with the US, Kim Jong-un suffered fatal damage to the way North Korea governed. Subsequently, Kim Jong-un will no longer try to negotiate with the Trump administration as nothing has been done in a brief meeting with the US President at Panmunjom in South Korea. Kim Jong-un believes that the Hanoi talks resulted in a catastrophe because the Moon Jae-in administration provided distorted information to misjudge the North Korean talks in Hanoi. Accordingly, the Pyongyang authorities try not to even deal with the Moon Jae-in government in Korea. Therefore, it is difficult to remove North Korea’s nuclear weapons through negotiations or proposals at the present time.