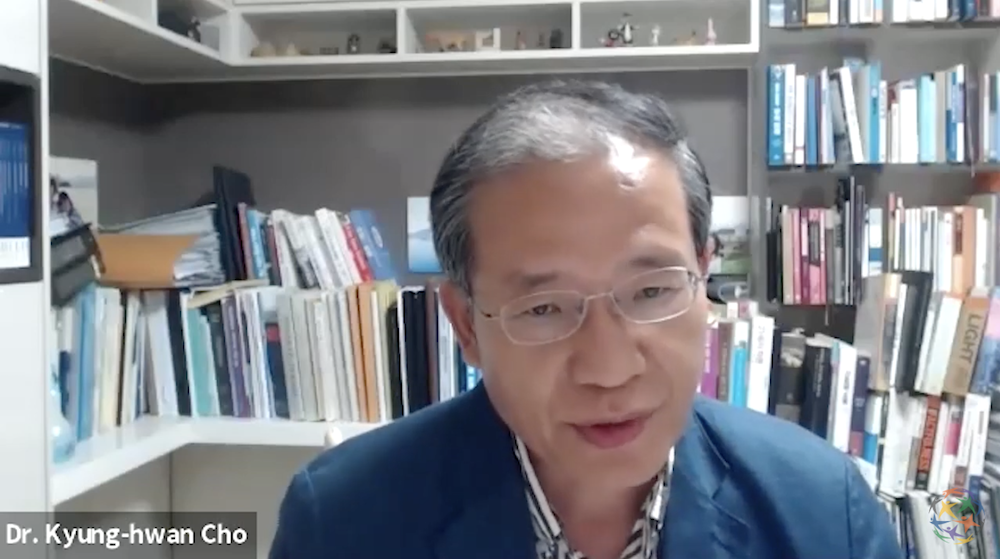 1. Time to look back on to open the future

The original concept of a Northeast Asia Nuclear Weapons Free Zone (NEA-NWFZ) assumes that if South Korea and Japan, under the nuclear extended deterrence provided by the U.S., pledge to stop using nuclear weapons inside the zone, North Korea would abandon its nuclear capability. With three nuclear weapon states—the U.S., China, and Russia—committed to a general security assurance, and the specific U.S. nuclear negative security assurance to the North bounded by a treaty once it complies fully with its Non-proliferation Treaty (NPT) obligations as a non-nuclear weapons state, then the North would eventually join the zone.

This concept is still intriguing. But it sounds unfortunately more unrealistic1 than ever before. The concept and the process to establish the zone confronts an unprecedented situation in the NWFZ history. It is in a stalemate by its inherent limitation and will not remain realistic unless an appropriate and unbiased modification is being made.

On one hand, the concept faces a tipping point, dated from the time when North Korea declared the completion of a “state nuclear force” on November 29, 2017 right after it successfully test launched a Hwasung-15, its first ICBM, which could reach all of the U.S. mainland according to United States Forces Korea 2019 Strategic Digest. This followed the sixth nuclear test, allegedly a test of a thermonuclear hydrogen bomb, on September 3 in that year. And back in August 2017, the U.S. Defense Intelligence Agency (DIA) reportedly estimated a stockpile of up to 60 nuclear warheads.2 Now Kim Jong-Un weighs the timing to test launch again the SLBM, called Pukguksung-3, first tested on October 2, 2019. There is no doubt that the North has not a single intention to get off the locomotive to be a defacto nuclear weapon state.

In the meantime, the U.S. ratchets up day in and day out a strategic competition against China in the Indo-Pacific with a view to excluding China from the U.S. led international liberal order, which could be an impediment to keep working together to deal with denuclearization of North Korea.

But on the other hand, Kim Jong-Un turned to put more emphasis on security assurances than on international sanction relief and chose to fend for himself for the time being, after having no deal in Hanoi in February 2019. The Hanoi summit raised hopes that Pyongyang would promise specific and concrete steps to scrap its nuclear sites in exchange for having some sanctions lifted by Washington. And Kim raised his guard against the negotiation in his 2020 New Year Address, saying that he swore not to proceed with any further deal with the U.S. for the denuclearization of the Peninsula until the U.S. relinquished its hostile policy towards the North. He disclosed his intention to make a structure to exchange “denuclearization” for “nuclear security assurance,” expanding the scope of denuclearization from the North to the entire Peninsula, including the elimination of nuclear deterrence provided by the U.S.3 Meanwhile, the North is no doubt suffering social and economic hardships resulting from COVID-19 and natural disasters in addition to chronic sanctions, and from the fear of the worst scenario, a possible U.S. military option which makes it challenging for the North to maintain the road to a nuclear weapons state.

The U.S. reiterated stress on multilateralism in Indo-Pacific as a collective security and cooperation agreement among allies and partners, recalling the NATO alliance (whether or not it ultimately aims to encircle China with heavily armed with short, medium, and intermediate range ballistic and cruise missiles), could lead to arms control talks between the U.S. and China and later on with Russia too in the wake of the demise of INF Treaty on August 2, 2019 by the U.S. withdrawal. This could be not only a threat but ironically also an opportunity to discuss establishing a multilateral security cooperation framework in Northeast Asia on the way to a new platform of NEA NWFZ.

North Korea has long had an eagerness to propose establishing a NWFZ in the peninsula, ever since the rule of Kim Il Sung in the 1970s, supported by the Soviet Union, as an alternative idea to develop nukes of its own4 through a December 1991 proposal for a Joint Declaration on the Denuclearization of the Korean Peninsula. But every proposal was interpreted as a continuous aim to force the withdrawal of U.S. nuclear weapons from South Korea, only to be dismissed by the South and the U.S. The only choice North Korea was presented with was denuclearization, as a nuclear state of North Korea or as a party to the NWFZ of the Peninsula. North Korea always rejected the concept of “complete, verifiable, irreversible denuclearization” as a terminology applied to a surrender. Obsessed with its nuclear weapons program, the North hardly makes any further proposals concerning a NEA NWFZ, notwithstanding numerous discussions going on mainly in academia.

It could be useful to look into Kim Jong Un’s narratives on the nuclear arsenal build-up even if we rarely can prove that he keeps his word. At the 2016 Workers’ Party Congress, Kim said that the nuclear weapons can be “used only to repel invasion or attack from a hostile nuclear weapons state and make retaliatory strikes.” He viewed nuclear weapons as critical to regime survival, intended for deterrence and coercive diplomacy. For him, nuclear weapons are indispensable in extracting economic aid from the international community, forcing the U.S. and South Korea to change their strategic calculations, and having a useful leverage against China. He even expressed his sincerity to the U.S. Secretary of State, Mike Pompeo, in April 2018 about giving up the nuclear weapons by citing the burden that they would be for his children. In his 2019 New Year address, he declared the North would neither make and test nuclear weapons any longer nor use and proliferate them. Condemning the U.S. and the South, he said that “the joint military exercises with foreign forces, which constitute the source of aggravating the situation on the Korean Peninsula, should no longer be permitted and the introduction of war equipment including strategic assets from outside should completely be suspended.” He proposed an active multilateral negotiation for replacing the current ceasefire on the peninsula with a peace mechanism needed to complete denuclearization. The North ostensibly made it clear that its aim of negotiated denuclearization of the peninsula was unchanged and its hope to end its hostile relationship with the U.S. remained.5 And these implied significant points from Kim Jong-Un could echo back to his grandfather’s suggested policy of a NWFZ of the peninsula.

When it comes to narrowing down the concept of a NEA NWFZ from the standpoint of North Korea, the NWFZ gives obligations not just to the North but to the South and the U.S. too. In order for the discussion establishing the zone to go forward, the U.S. would have to acknowledge the North as a nuclear state and take into account the conditions that the North has already laid out in 2016 for dismantling its nuclear weapons; in other words, the creation of NWFZ on the Peninsula.6

4. How to make it realistic and revived

Several meaningful ideas from proposals for a NEA NWFZ have been recognized among academics. Some say nuclear extended deterrence and a NWFZ treaty could be compatible. Others say once North Korea returns fully to the NPT, only then it would be eligible to receive the U.S. unilateral nuclear negative security assurance to be politically and then to be legally binding in the end.7

However, there is no feasibility to bring North Korea into a treaty at this moment when there are no diplomatic relations between North Korea and the U.S., Japan and South Korea. And for whatever reason, it is obvious that the North has defied previous agreements so many times. Speaking of NEA NWFZ, first, we cannot assume the North will ever give up its nuclear weapon program. Secondly, the concept of a zone with a door left open for the North to join at a later time, while the North could require all U.S. bases in Japan and South Korea to be inspected, could give the North a privileged position. That is why China and Russia would welcome the concept of the zone, wanting to weaken U.S. influence in the region and preferring a stable North Korea to a denuclearized but unstable one.8

Drawing upon these circumstances around Northeast Asia, I would like to suggest an approach to establishing NEA NWFZ in the context of a regional security cooperation mechanism9 in Northeast Asia or in a dual-track pursuing both, like the proposal by Sejong-RECNA in December 201910, irrespective of concepts such as a “regional UN NWFZ treaty;” “Korean Peninsula-only declaration or treaty”; “Korean Peninsula-only UN NWFZ treaty”11; or a “South Korea-Japan NWFZ, with North Korea joined later treaty.”12

The regional security cooperation framework could be a good start by addressing some nonmilitary emerging security issues–fine dust pollution, maritime pollution, epidemics etc .–and then gradually move to security issues13 including NWFZ. To begin with a small but specific approach based upon existing architectures such as South Korea-Japan-China summit is a good option. Promoting a favorable environment to build confidence among regional countries will be needed. Given that North Korea would not officially participate in any further negotiations on denuclearization without complete and irreversible security assurances, it would be meaningful to discuss how and how much security assurances the regional states could guarantee in the course of “denuclearization” and NWFZ dialogue. This could be a desirable sequence of actions that could lead to not only the success of the overall negotiation of denuclearization process but also the establishment of the institutionalized NEA NWFZ.

This idea can be realized by a top-down approach through a regional summit. An established South Korea-Japan-China trilateral summit could be developed into a multilateral venue in a way to invite the others to an annual summit, hopefully the North Korean leader first.

10) Sejong and RECNA. 2019. “Policy Proposal: From Peace on the Korean Peninsula to a Northeast Asia Nuclear Weapon Free Zone”.