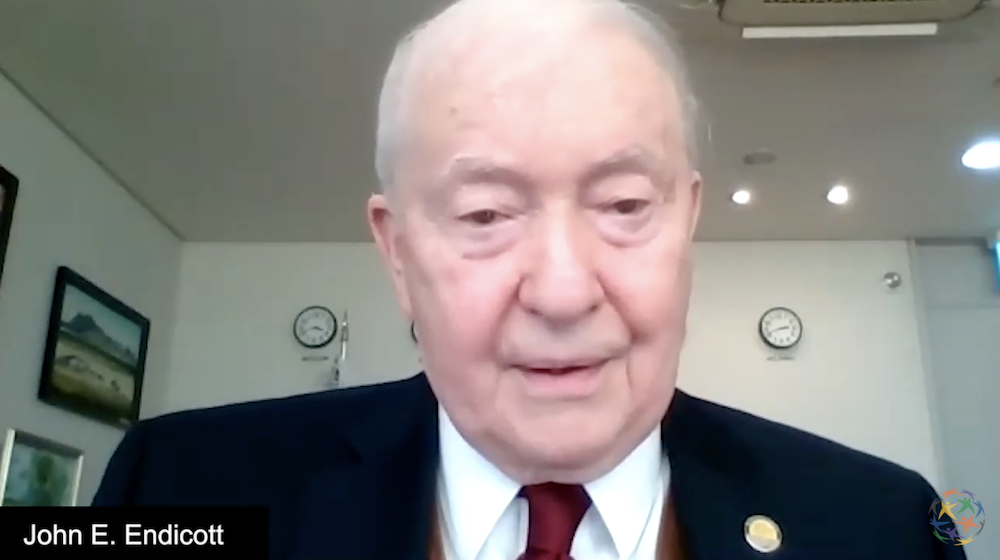 Many years ago, actually in 1991 as the DPRK and ROK negotiated a treaty for the denuclearization of the Korean Peninsula, the two sides became deadlocked over the issue of intrusive inspection of military facilities; the North wanted access to U.S. bases to assure themselves that nuclear weapons were gone. That deadlock was broken when then President Roh Tae-woo asserted that no such weapons existed and that American facilities would be open to inspection.

It was that assertion that set off bells in my head one dark and stormy night in my study in Atlanta. I had retired from the U.S. government and was then working for Georgia Tech as a full professor and the Founding Director of the Center for International Strategy, Technology and Policy in what later became the Sam Nunn School. If there actually were no U.S. nuclear weapons in South Korea, the U.S. would no longer have to oppose ideas for a nuclear weapons free zone in the region. (Many had been proposed, but had landed dead-on-arrival for obvious reasons.)

That was the beginning. It was called “Limited,” as I believed no such enterprise could be undertaken without the active participation of all nuclear powers in the region. But I used limited as those powers—China, Russia and the United States—would never agree to a total ban involving weapons at sea or on lands outside of the NEA region. Of course, right at the outset, that put any concept that called itself “limited” to be outside of International Atomic Energy Agency (IAEA) definitions—nuclear weapon free zones had to be all inclusive—danger, danger . . . this would take some doing. Not only would national policymakers need to be convinced, but the all-powerful IAEA would have something to say.

Never a quitter, I liked the odds, as the world was entering a transition period and new and innovative ideas might just have a chance. (By the way, during the Cuban Missile Crisis I was a nuclear targeting officer at Strategic Air Command Headquarters in Omaha, Nebraska, and saw how close we came to ending the world as we knew it right then in October 1962. Whatever the odds, I had to try and dedicate my retirement to a modification if not elimination of MAD (Mutually Assured Destruction). My bona fides for operating in East Asia were gained by Air Force assignments to the area and academic preparations at the Fletcher School of Law and Diplomacy where I earned my doctorate writing a dissertation titled: Japan’s Nuclear Option (Praeger Publishers, 1974.)

At the beginning and throughout the years of advocacy the objectives of a LNWFZ-NEA were defined as:

Members were outlined to be China, Japan, DPRK and ROK, Mongolia, Russia and the United States.  Observers were tentatively estimated to be Argentina, Finland, France and possibly Canada.

Over time, the concept came to encompass three major baskets or negotiation areas:

Basket 1: The zone itself, with questions as to its geographic limitations or weapon-specific limitations, administrative infrastructure, etc. to be discussed.

Basket II:  Confidence Building Measures for the region involving economic, political, military, cultural, and nuclear energy cooperation, and so forth.

Basket III:  Economic Incentives to insure that the DPRK would become actively engaged.

Since I was a retired Air Force colonel, I decided to take this concept to Washington, D.C. and test it in what is often called a “Murder Board.” A review by 24 experts and advisors of the Executive Department was scheduled with the assistance of the Institute for Defense Analysis in February 1992. Representatives of the major security establishment met for a four-hour meeting that was contentious at times, but in the end a consensus was reached to allow Endicott to go forward—“if he wanted to make a fool of himself. There might be an opportunity for success out there.”

A month later in a Beijing conference involving Pacific Rim States, March 1992, the concept was presented to 75 economic and security specialists from all over the region—including the DPRK. My initial design for the zone was a circle 1200 nautical miles in range centered in the middle of the DMZ on the Korean Peninsula. Explaining that all nuclear powers would be expected to remove weapons from the area, and both Koreas, Japan and Taiwan would be expected to renounce nuclear weapons, it was received with general interest and acceptance even by the DPRK representatives at that time. There was one major exception—the PRC. The representative of the Chinese delegation lit into me, attacked my parentage, my status as “retired military,” you name it. It was very clear to me and every person in the room that this configuration of a nuclear free zone in NEA would not sell in China. (In his defense, it did include about 75 percent of China’s deployed assets at the time.)

Somewhat deflated but still determined, I scheduled a meeting of the Chinese and Japanese delegates to join the American team at Georgia Tech a year later, the first week of March 1993. At the champagne reception, I was dumbfounded when the Chinese team leader who had thrown every verbal abuse at me in March ’92 came rushing to me with his champagne glass held high. (Was this to be an attack of the champagne glass?) “Dr. Endicott,” he exclaimed, “now is the time to examine your concept in a positive light!” Was I ever surprised and thought my presentation the previous year must have been persuasive. We had a good meeting.

A week later, I discovered why the Chinese reception changed. In the second week of March, North Korea announced it was leaving the Non-Proliferation Treaty. Our Chinese friends had known this was happening and sent us a very clear message, clear but unspoken: “No nuclear weapons for North Korea!” With that now understood I was able to approach the U.S. foundations and appeal for funding to take this idea worldwide and begin a systematic review of the concept to hopefully attract a sovereign state to adopt it as policy.

After receiving positive reviews in Moscow, Tokyo, Seoul and New York, where I met with DPRK UN representatives, it was time to begin a serious and systematic review and discussion of the concept with appropriate counterparts. Thus in January 1995 four individuals were invited to join me at Georgia Tech for a comprehensive review and of the entire proposition.

Having agreed to many aspects of the concept principally among military experts, it was now time to increase expert involvement in other fields. The Senior Panel was thus expanded to consist of about five specialists from each nation. Senior diplomatic figures, business executives, peace activists, and scientists from Los Alamos Nuclear Laboratory were invited. Similar figures were invited from all nations involved.

In March of 1996, the first plenary meeting involving these new individuals was held in Buenos Aires as guests of the Foreign Ministry, a non-proliferation organization, and an academic institution. It was wonderful as Argentina had just finished the Treaty of Tlatelolco to denuclearize South America. It was a tutorial for all.

In October 1996, our second Plenary was held in Bordeaux, France, where we added official observers from all the nations involved, but were sensitive to the fact that our meetings were being held outside of Asia. We addressed that issue somewhat in 1997 with the third Plenary in Moscow. In all countries the host’s security community representatives were invited and took part.

In successive years we held plenary meetings in Helsinki, Tokyo, Beijing, Seoul, Ulaan Baatar, Jeju-do (Korea), Shanghai, Tokyo, Daejeon, and Toulouse. Many individual meetings took place along the way, the most important being the spring 1998 visit to Georgia Tech by Kim Dae Jung just before becoming a presidential candidate, and the March 2000 visit by Vice Foreign Minister Kim Gye Gwan to Atlanta and a return visit in New York where in-depth discussions were held.

The meetings were always held with only a general press release being issued to protect those involved. Basically all discussions were held in a close-hold manner, with the specifics being transmitted to home countries by the official observers. No attempt was made to involve the general public in a social network type movement – basically it did not exist for much of the time we were in active contact.

One of the highlights was the 2008 twelfth Plenary held in Daejeon, ROK at Woosong University. Participation included representatives from the Railroad Transportation Ministry, Forestry Ministry, Defense Ministry, Foreign Ministry and Electric Power officials. Offers of methods to ensure DPRK participation were truly forthcoming and overwhelming. They, of course, were not there, but they received the message loud and clear.

Active multilateral negotiations ended after the thirteenth Plenary held in Toulouse, France. The conference was outstanding with European experience with conflict resolution being the main thrust; however, country teams clashed over legacy issues still unresolved in Asia and consensus broke down. Since then individual briefings of the concept have been constantly made, but regional relations have not improved—perhaps worsened.

Blue Banner and colleague organizations have been advocating a NWFZ including only the two Koreas and Japan. It may now be an appropriate moment to suggest a new construct—a phased approach to non-proliferation in NEA. Phase I would include the two Koreas and Japan; Phase II, an expanded membership as seen in the LNWFZ-NEA construct; and Phase III, the reaching of Zero nuclear weapons in NEA as cooperative security and meaningful regional cooperation becomes a reality.

Fundamentally, any concept for a nuclear weapons free Northeast Asia must be a process where the building of mutual trust and friendship is realized over time. We have a long way to go, it must be admitted, but I for one will advocate beginning now!

Time line of the History of the LNWFZ-NEA.